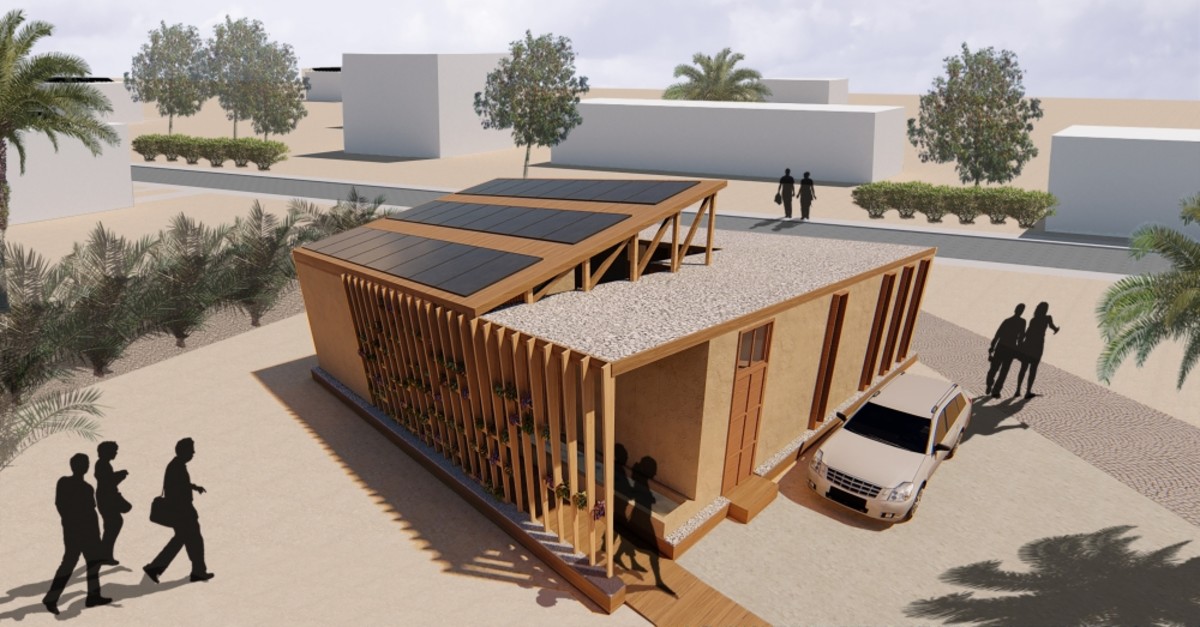 A group of university students looks to win a sustainable housing competition with their innovation: A smart house using energy generated by moss. Some 40 students from Yıldız Technical University and Istanbul Technical University will represent Turkey at the Solar Decathlon Africa event set to start in Morocco next week.

"Team Bosphorus" as they call themselves have three weeks to build the house they named ReYard, combining the words riad, a traditional Moroccan house and yard. They will compete against university students from all around the world to break new ground in sustainable housing with their project composed of soil panel modules.

Their motto is "energy of the moss meets the soil" and they want to keep their smart house as energy-efficient as possible. The house will be built on a 170-square-meter space and will consist of three rooms, where five residents will reside for two weeks, to measure how efficient it is in terms of heating and energy values. Low-cost, multi-purpose house with flexible spaces will reinterpret Morocco's traditional architecture, the team members say.

With moss voltaic technology, it will filter wastewater and through solar energy, waste produced by the house will be subject to biochemical conversion and thus, organic waste and micro-moss biomass generated by the house will be converted into biogas that will be used to generate electricity and energy for heating.

The house will be also be fitted with environment-friendly technologies, from photovoltaic, thermal solar panels, and evaporative cooling to wind power, to reduce energy consumption.

It will also use locally made natural building materials.

Speaking to Anadolu Agency (AA), team coordinator Esra Kıygın said they have been working on the project for two years. "The house contains different innovations like moss energy. This technology works by mimicking photosynthesis cycle of moss. The moss pool inside the house both purify wastewater and helps dead moss inside the pool to be converted into biogas. Burned biogas is used for electricity and carbon dioxide exposed by the burning process is pumped back into the pool, making the house a place with zero carbon emission.

She says the earth was the main material in the house. "This is significant as this is a traditional building method and we reinterpreted it, by modernizing it and turning it into something you can easily shape. When you talk about energy-efficient houses, people think of solar panels and other systems but it is important to have a house made of sustainable material like soil," she said.