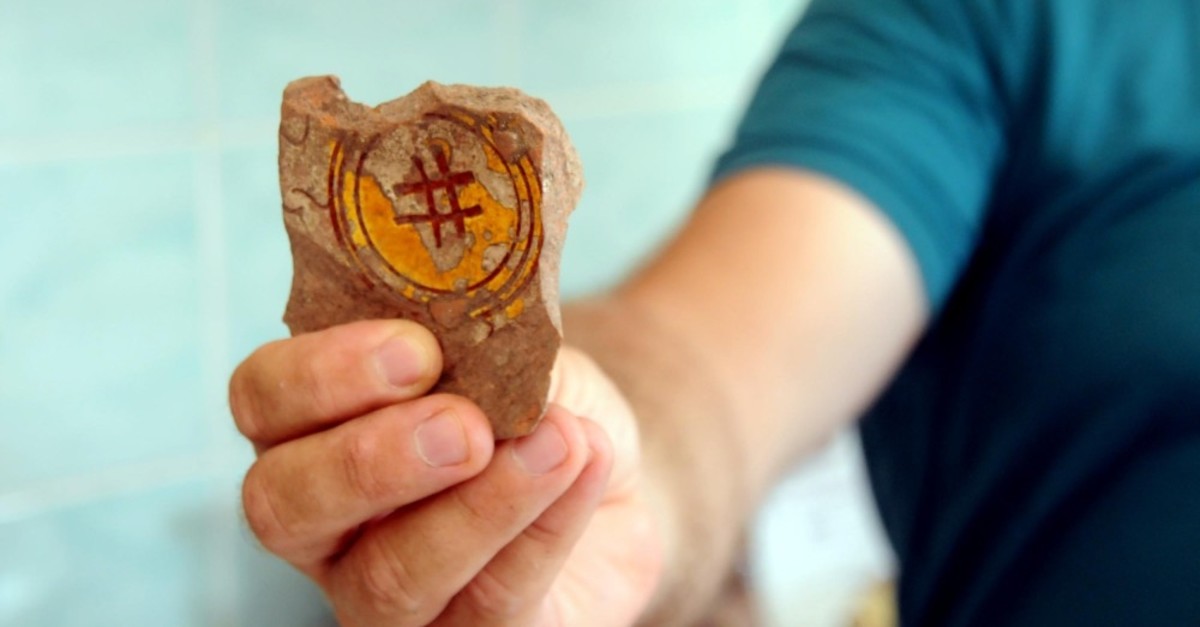 The hashtag, a ubiquitous sign that has dominated the Internet since 2007, was also popular in the Byzantine era, a group of archaeologists has discovered.

The sign, alternatively known as the number sign, was engraved in a ceramic piece discovered in western Turkey's Yalova.

Archaeologists claimed the ceramic dates back to the late Byzantine era in the 13th century, about three centuries before the fall of the empire. The team has carried out excavations at Yalova's Çobankale for the past three years to shed light on the history of the area, where the Battle of Bapheus between the Byzantine and Ottoman armies was fought in 1302.

The battle is viewed as the Byzantine Empire's final unsuccessful push to stop the advancing Ottomans, who cemented their rule in Byzantine Bithynia region, where present-day Yalova and other cities are located.

A team led by assistant professor Selçuk Seçkin found pieces of bones, ceramic and wrought iron materials in the excavation but the highlight was the piece with a clear hashtag sign.

Seçkin says other pieces they found contained engravings as well but the one with the hashtag was unusual for containing a sign of popular culture in use long before it gained popularity on social media.

Last year, researchers found a 73,000-year-old hashtag sign on a sketch on the walls of a South African cave.