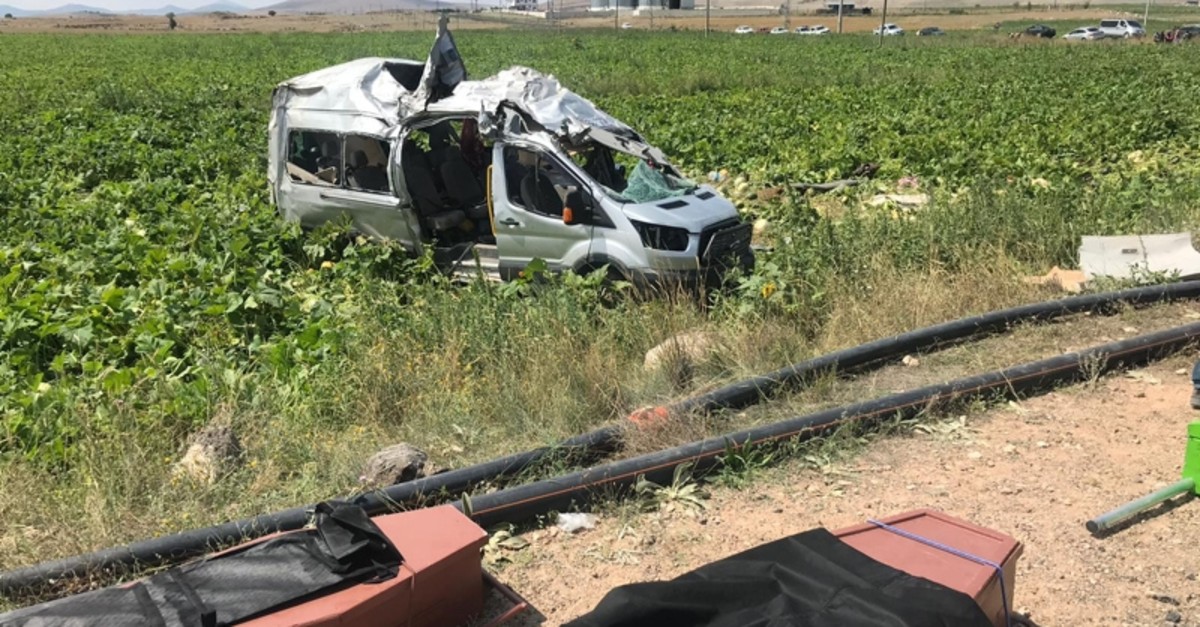 Seven people were killed and 11 injured, including Syrian nationals, when a minibus carrying agricultural workers collided Monday with a semi-truck in the town of Acıgöl in Nevşehir, central Turkey.

The driver of the minibus, Musa Altınok, and five passengers, including two Syrian adults and a 15-year-old Syrian boy, were found dead at the scene.

Another passenger, 49-year-old Yavuz Parmak, succumbed to his injuries after being rushed to the hospital.

Another 11 people – including five Syrian nationals, four of whom are minors – were taken to the hospital in ambulances. Another Turkish minor was among the injured.

The bodies were placed in the Nevşehir State Hospital Morgue awaiting funerals after an investigation by the public prosecutor.

The moment of the accident was caught on film by the security camera at a nearby factory.