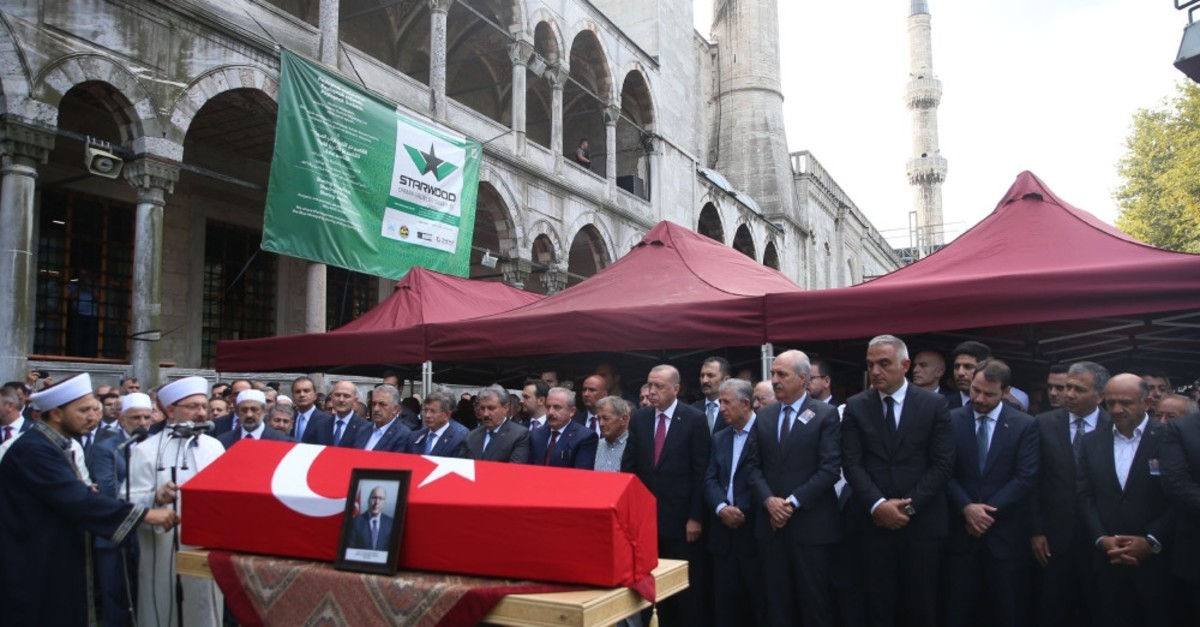 A funeral and commemoration ceremony were held in Istanbul yesterday for professor Haluk Dursun, who served as deputy culture and tourism minister and left his mark on the city as director of its renowned landmarks Hagia Sophia and Topkapı Palace.

Dursun was killed in a traffic accident Monday in the eastern city of Van while he was traveling to attend an event. Three others were injured in the accident.

The first funeral ceremony was held for Dursun in Galatasaray High School, a prestigious institution in Istanbul from which he graduated. Culture and Tourism Minister Mehmet Nuri Ersoy and other dignitaries attended the ceremony.

Dursun, 62, was appointed as deputy minister last year to the ministry where he served as undersecretary between 2014 and 2016. Before that, he was a prominent history professor and writer.

In his role as a culture bureaucrat, the professor will be remembered for his efforts in cultural development and endearing the youth to the history and culture of Turkey. On the day he died, he was in Malazgirt and Ahlat, two towns at the heart of Seljuks' foray into Anatolia, where he spoke about better promotion of the two towns to the youth.

In his tenure at the iconic Hagia Sophia, Dursun helped facilitate comprehensive restoration of the church-turned-mosque, which was converted into a museum in the early years of the republic. He was also credited with raising awareness for the landmark. As director of Topkapı Palace, he is hailed for making it more accessible to the public with special events and re-enactments of the old traditions of the palace, which now serves as a museum.