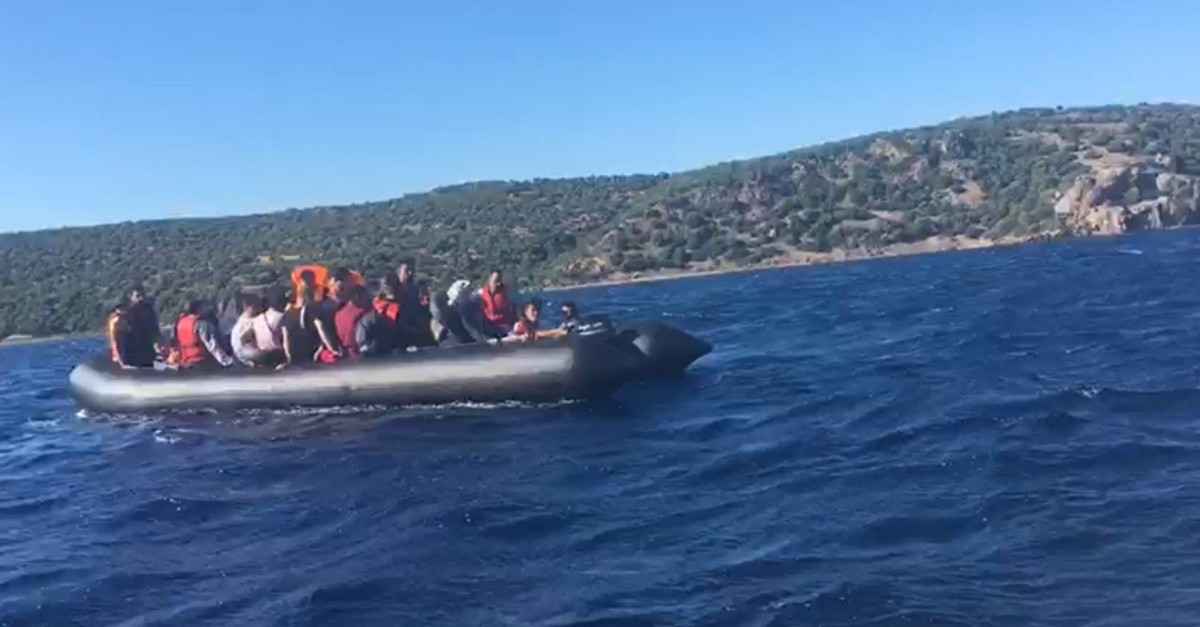 The Turkish coast guard on Wednesday rescued 149 irregular migrants off the coast of western Çanakkale province.

A Naval Forces patrol ship identified three boats carrying irregular migrants in the Müsellim Passage of the Aegean Sea off the district of Ayvacık, the Ministry of Defense said in a statement on Twitter.

An operation was then carried out by Turkey's coast guard to rescue the 149 migrants, who were apparently headed to the nearby Greek island of Lesbos.