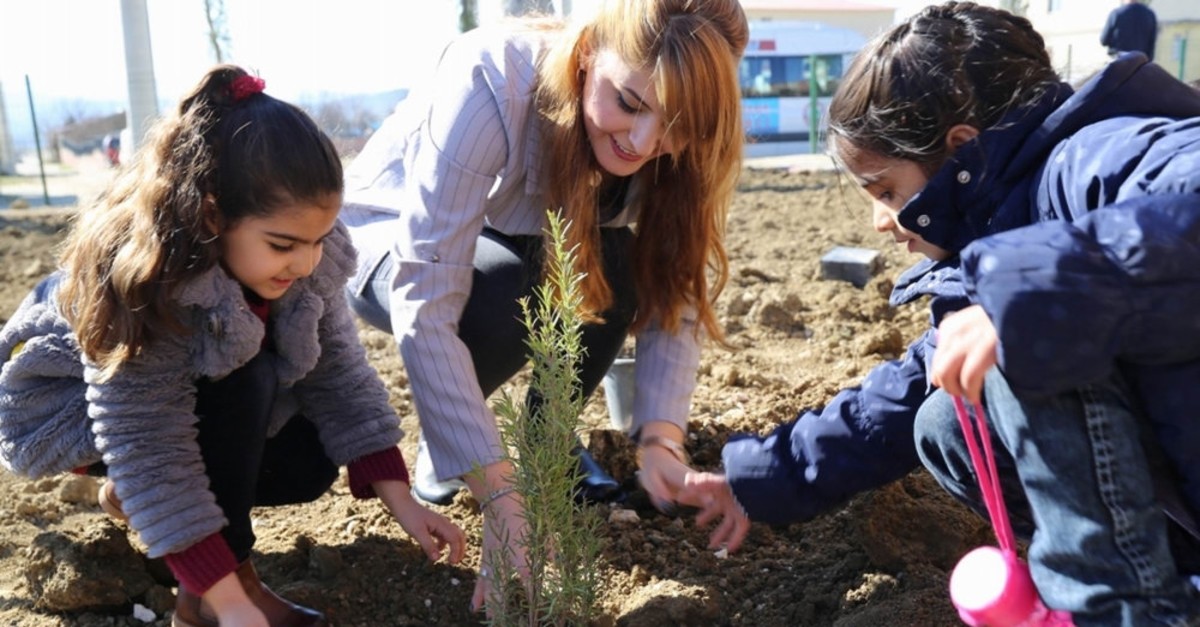 At 11 a.m. on Nov. 11, the Ministry of Agriculture and Forestry is inviting people to plant a tree.

The planting events will be simultaneously held across Turkey but will concentrate on İzmir and Muğla, two western cities where forest fires destroyed hundreds of hectares of land.

The ministry said in a statement that Turkey was the third country in the world, after China and India, with highest tree planting rate and aimed to plant 7 billion saplings by 2023.

Forest fires, common in the summer, have been widespread in the country this season but the ministry says they now have more effective means to combat fires, noting that fire response time reduced to 14 minutes from 40 minutes. The ministry says more than 66,000 hectares of land have been damaged in fires in the past decade and 75.4 million trees were planted in those lands.

Since the ruling Justice and Development Party (AK Party) first came to power in 2002, forests grew to an area of 22.6 million hectares from 20.8 million hectares. In 16 years, 4.5 billion saplings were planted in planting campaigns. In the past year, 256 million trees were planted across the country, the ministry announced.

The ministry did not mention whether Nov. 11 will be designated as tree planting day. Last month, President Recep Tayyip Erdoğan has responded to Enes Şahin, a Twitter user proposing the designation of a tree planting holiday for everyone to plant trees.

Amid a construction boom and concerns over global warming, Turkey has stepped up efforts to preserve and further expand its forests. Last year, school children in the country's 81 provinces planted tree saplings in one day for "Saplings Grow With Saplings" campaign organized by education and agriculture and forestry ministries.