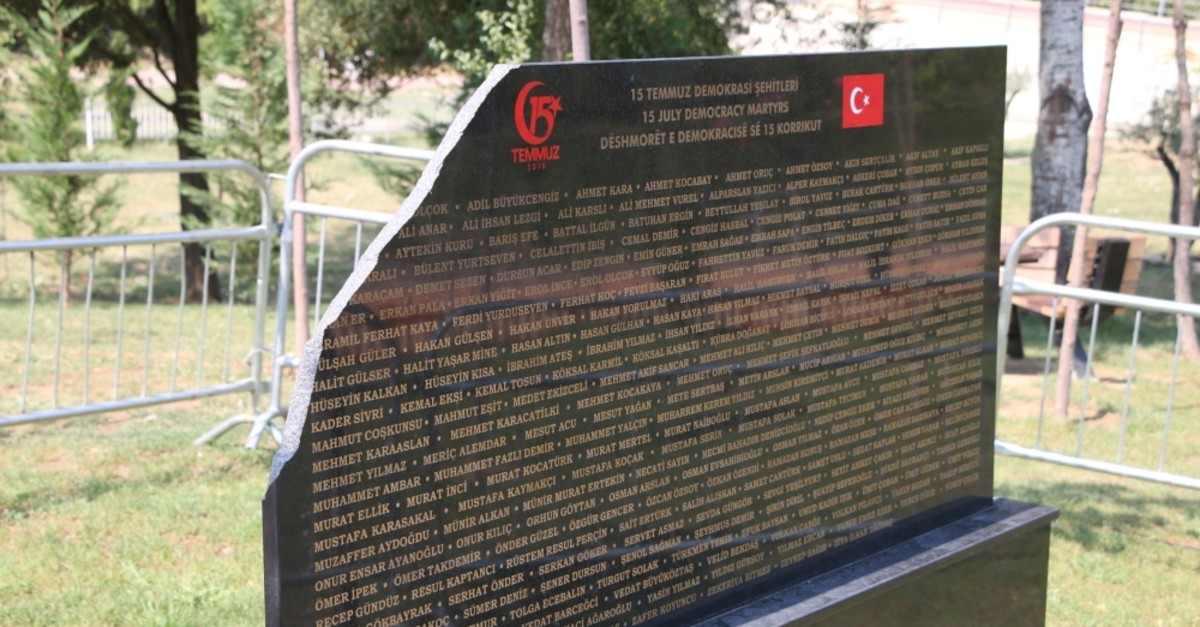 A monument to the victims of the 2016 coup attempt in Turkey was vandalized by an unknown assailant in Tirana, Albania.

The Martyrs' Monument at the July 15 Democracy Park, which was built by the Turkish Cooperation and Coordination Agency (TİKA), was damaged on Friday morning, according to Albanian police.

The authorities said the assailant used a heavy object to damage a part of the monument that carried the names of the people killed in the 2016 coup attempt.

Police said an investigation was launched to find the suspect while fences were erected around the monument for protection.

The monument was the target of another attack two weeks ago when unidentified assailants damaged the inscriptions and signs with Turkish flags. They were later repaired by the Albanian authorities.

The attacks follow a social media post by Gjergj Dedaj, Kosovar ambassador in Skopje who wrote "no to political monument of Erdoğan's Turkey," referring to the Turkish president. The Turkish Embassy in North Macedonia has condemned Dedaj for his "hostile" remarks.