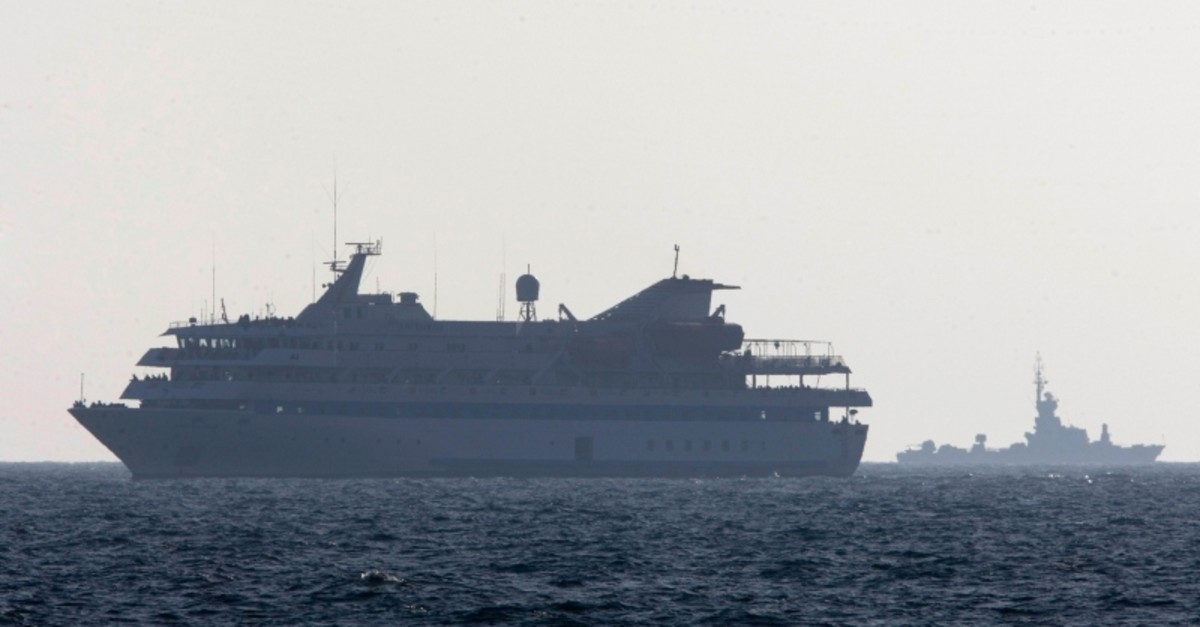 In this Monday, May 31, 2010 file photo, the Mavi Marmara ship, the lead boat of a flotilla headed to the Gaza Strip which was stormed by Israeli naval commandos in a predawn confrontation, sails into the port of Ashdod, Israel. (AP Photo)
by Compiled from Wire Services Sep 02, 2019 4:15 pm

Appeals judges on Monday ordered the International Criminal Court's prosecutor to reconsider again her refusal to open a formal investigation into the 2010 storming by Israeli forces of the Mavi Marmara ship that killed nine Turkish activists.

Presiding Judge Solomy Bossa ordered Prosecutor Fatou Bensouda to decide by Dec. 2 whether or not to open a formal probe. The 3-2 majority ruling by the court's appeals chamber is the latest step in a long legal battle to bring the case before the court.

Bensouda earlier declined a request by the Indian Ocean island nation of Comoros to investigate the May 31, 2010, storming of a vessel in the flotilla, which was sailing under a Comoros flag.

Israel is not a member state of the court but its nationals could face charges if Bensouda opens an investigation.

In her initial refusal to open a full-scale investigation, Bensouda acknowledged that war crimes may have been committed on the Mavi Marmara, where eight Turks and one Turkish-American were killed and several other pro-Palestinian activists were wounded by Israeli commandos. But she decided that the case wasn't serious enough to merit an ICC probe.

Comoros appealed that decision and sought a judicial review when Bensouda once again refused to investigate the case.

The ICC was set up as a court of last resort intended to prosecute senior leaders allegedly responsible for grave crimes including genocide, war crimes and crimes against humanity when national courts prove unable or unwilling to take on such cases.

The appeals panel on Monday criticized Bensouda for her rejection of calls by a lower panel of judges to reconsider the case.

"The appeals chamber also finds that the unfortunate language used by the prosecutor to express her disagreement demonstrates that she was entirely misinformed as to what was required of her in conducting the requested reconsideration," Bossa said.

Ties between Israel and Turkey crumbled after the raid but they later agreed to end the row after secret talks.

Israel offered an apology over the raid, permission for Turkish aid to reach Gaza through Israeli ports, and a payout of $20 million (18 million euros) to families of those killed.