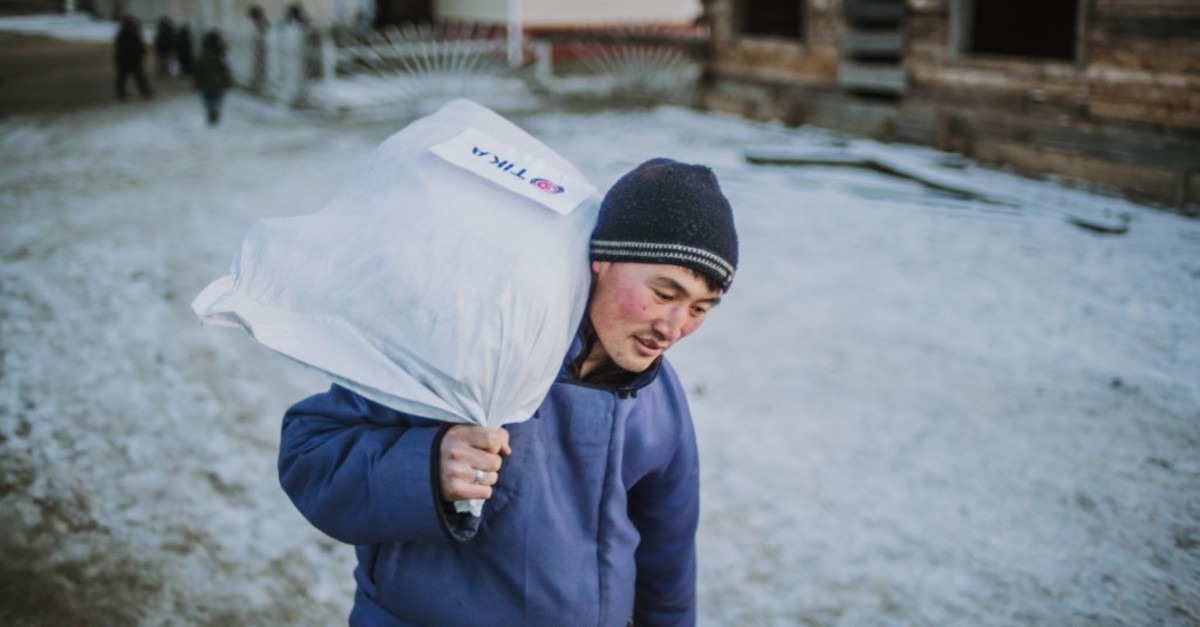 The Turkish Cooperation and Coordination Agency (TİKA) has broadened the scope of its development aid in Mongolia. In one year, the agency launched 67 projects from health to infrastructure in the Asian country where it has been active since 1994, completing 661 projects, boosting relations between Turkey and Mongolia.

The agency runs projects and supports humanitarian aid in various fields from education to health and work to improve economic, civilian and administrative infrastructure, as well as social infrastructure. It also supports production sectors and works to improve cultural cooperation between the two countries, earmarking a budget of about $45 million for projects.

For the Kazakh community in the country, about 10,000 people, who lacked the means for proper funeral rituals, TİKA set up a facility at a cultural center to help the community pay final respects to the dead and for meetings for condolences.

The agency, with the help of Istanbul's Sancaktepe municipality, also did maintenance work on a busy street in Nalaikh, a district of the capital Ulaanbaatar. Sidewalks were renovated and lighting fixtures were installed on the street. TİKA also placed benches and garbage bins along the sidewalks.

TİKA also supplied winter gear for 700 veterinarians who work in tough winter conditions in 21 provinces and 331 towns across Mongolia, a country where animal husbandry is a substantial source of income. In Darkhan, the country's second-largest city, TİKA furnished a vocational learning center.

In health projects, TİKA built and furnished a newborn intensive care unit at Darkhan-Uul hospital in Darkhan. It also supplied medical equipment to a clinic in Dornod province. In Ögiinuur town, TİKA furnished a clinic's postnatal ward. In cooperation with Turkish municipalities, the agency completed construction of three health centers in Ulaanbaatar and furnished them with medical equipment.

For education, TİKA built a dormitory for 40 students in Nalaikh for students who had to travel from remote regions for school. The dormitory opens later this year. The agency will also provide consultation for students who want to pursue studies in Turkey. It renovated a girls' dormitory in Bayan-Ölgiy, a province with a substantial population of Tuva, a Turkic ethnic group. A lunch hall for students at a school was also renovated and refurbished. In the capital Ulaanbaatar, a sports hall at Atatürk school, named after modern Turkey's founder, was renovated by TİKA.

The agency was also behind the renovation of a cultural center in Uvs province, where the Hoton, a Turkic community whose language and culture are in danger of extinction, live. Reaching out to Dukha, another Turkic community, TİKA supplied about 10 tons of food aid to the community living in northern Mongolia's taiga.