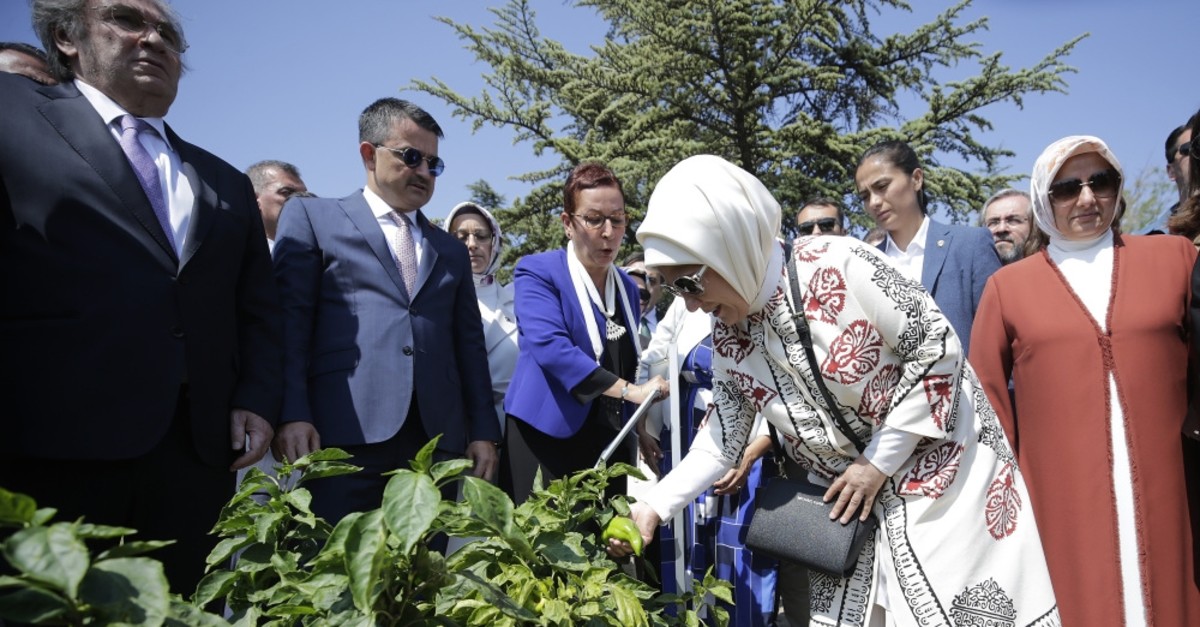 Emine Erdoğan joined officials from the Ministry of Agriculture and Forestry, which coordinates the project, for a demonstration of the progress of the scheme.

Officials said more than 1,000 seeds donated by citizens were classified, had their genetic and chemical definitions recorded before they were multiplied.

Speaking at the event, Agriculture Minister Bekir Pakdemirli said they currently had nearly 60 tons of produce, from peppers of Kandır, cucumbers from Samsun and the 10-slice melon from Çorum to the white, short tomato of Ayaş.

The ministry issued a regulation Tuesday for the preservation of local seeds and defined rules for growing, marketing and the sustainable use of seeds.

Pakdemirli said the new regulations aim to collect seeds properly and preserve them with the state's support. The minister said seeds are Turkey's "brands" and exclusive to the country.

As it strives to transform agriculture, which in the past has been hampered by faulty state policies, faulty practices by farmers and imports, Turkey attached importance to seed production.

Certified seed production rose to 1.59 million tons in 2018 from only 145,000 tons in 2002. Turkey's seed exports rose 775% in 17 years, Pakdemirli said, while 80% of agricultural production used local seeds. "We import vegetable seeds worth $93 million but export fresh vegetables worth $583 million," the minister noted.Emine Erdoğan said the project would bring back "smells and flavors people forgot." "Our farmers opened their treasure troves and gave seeds to the state so that the future generations can inherit the legacy of this land," she said. The first lady pointed out that food with rich, healthy ingredients will return to Turkish cuisine with their unique taste and smell. "Sustainable agriculture will be more important in the future, so we have to take steps to stand up for our future and not leave generations to come dependent on [imports]," she said.