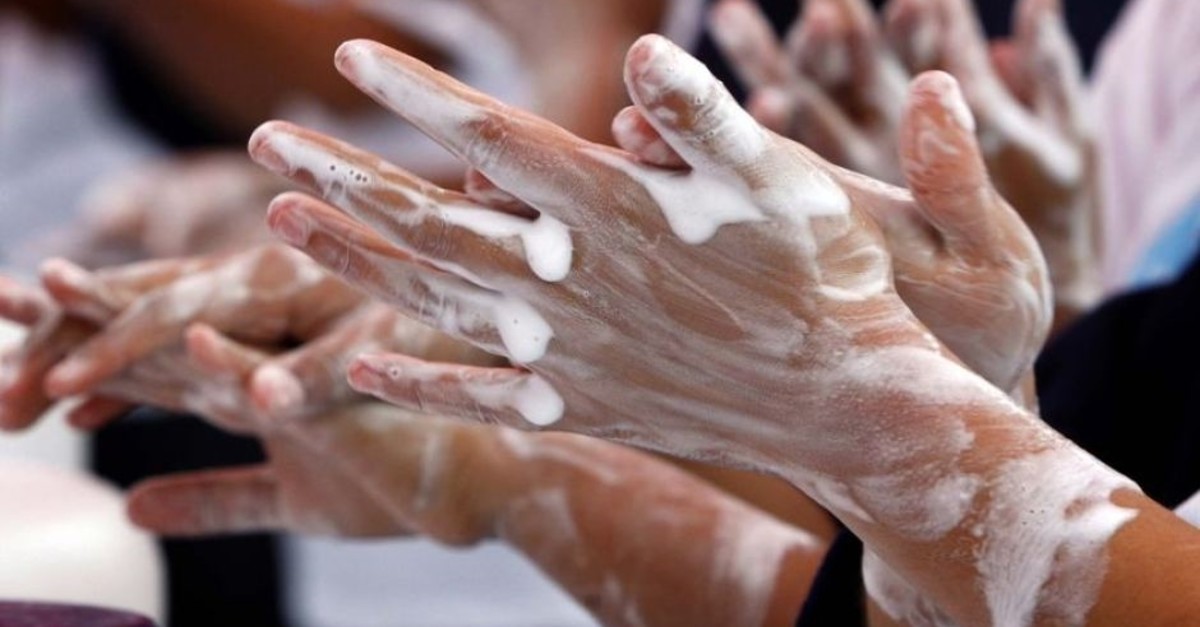 A Turkish university hospital has been awarded by the International Conference on Prevention and Infection Control (ICPIC) for its contributions and innovative methods on hand hygiene to improve patient safety while reducing hospital infection rates.

Erciyes University's Medical Faculty Hospital in central Turkey's Kayseri province received the award given every two years by the ICPIC — an international forum to exchange knowledge and experience in the prevention of healthcare-associated infections and control of antimicrobial resistance — which brings together an average of 1,200 participants from over 100 countries around the world.

The award was given to the hospital in a ceremony held Thursday in Geneva, Switzerland, within the scope of this year's conference held between Sept. 10 and 13, also celebrating the 10th anniversary of the ICPIC.

Deputy Health Minister Professor Emine Alp Meşe and Infection Control Nurses Dilek Altun and Safiye Taşgın accepted the award on behalf of the association during the ceremony, which was also attended by Mehmet Sait Uyanık, Turkey's consul general in Geneva.

Meşe told Anadolu Agency (AA) that they were up against many European hospitals in the finals.

Emphasizing that hospital infection rates are the most important quality indicator of health institutions, Meşe said patients usually contract new infections after they are admitted to hospitals.

Meşe said that modern medical practices increase the risk of occurrence for hospital infections, underlining that antibiotic resistance is also an important problem in the treatment of such infections.

Meşe said that the development of hospital infections can be prevented with precautionary measures, stressing that, "the cheapest, easiest and most effective" method in controlling infections is hand hygiene methods developed for patient care.

"Increasing compliance with hand hygiene protocols in health care provision is essential to prevent the development of infection and the spread of antimicrobial resistance," she said.

Also speaking to reporters, Uyanık said they were extremely proud and happy with the award granted to a Turkish hospital.