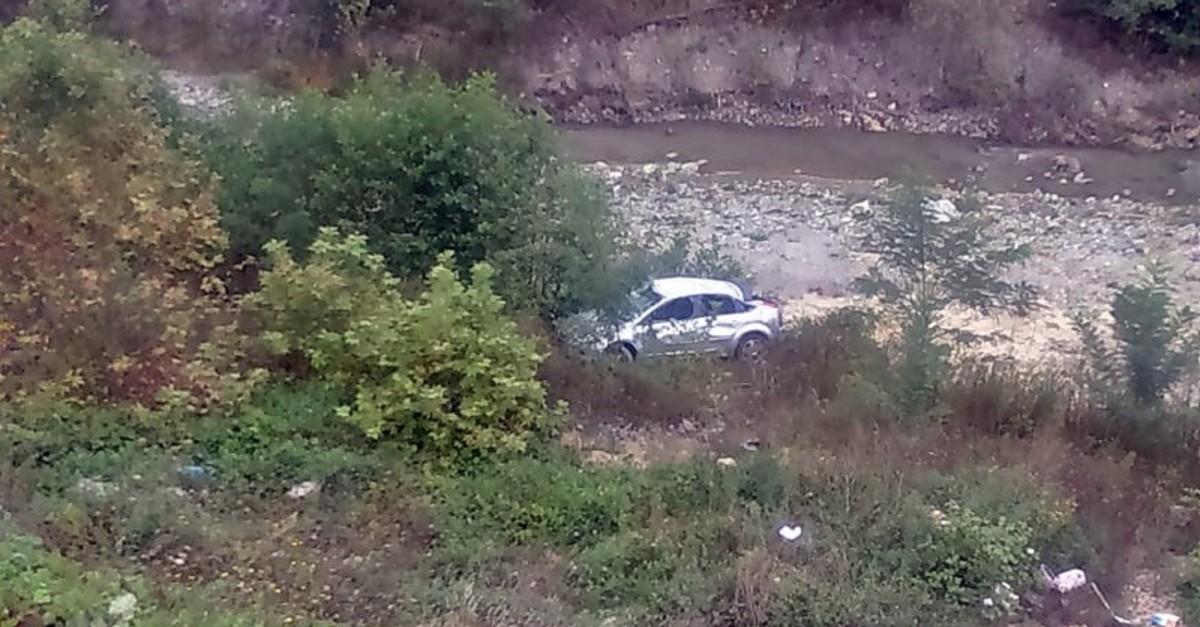 A Turkish man pushed his own car off a cliff to make it look like he had a tragic accident in hopes that he could make a claim to the insurance company and pocket thousands of Turkish liras. However, things didn't go according to plan as his Whatsapp chats, which detailed his fraudulent scheme step by step, gave him away.

The man, identified as T.K., called the local gendarmerie station in Sakarya's Sapanca district around 10.30 p.m. to report that he had been in an accident and his car had rolled down a cliff before plunging into the waters of a stream, claiming that he had escaped at the last minute.

After examining the scene of the accident and seeing that the man was completely unharmed with not even a scratch on his body, the gendarmerie realized there was something fishy going on, and contacted the public prosecutor's office for a more thorough investigation into the incident.

The gendarmerie also determined that the car was in working condition before it tumbled down the cliff.

The prosecutor then ordered T.K.'s phone to be seized and examined. Authorities soon stumbled across a Whatsapp conversation which detailed his plan to make a total loss insurance claim after faking an accident.

The Chief Public Prosecutor's Office has launched a formal investigation against T.K. on charges of "fabricating a crime." The vehicle was towed out of the river and taken to a secure compound.