Turkish NGO to set up festival for Syrian refugee children 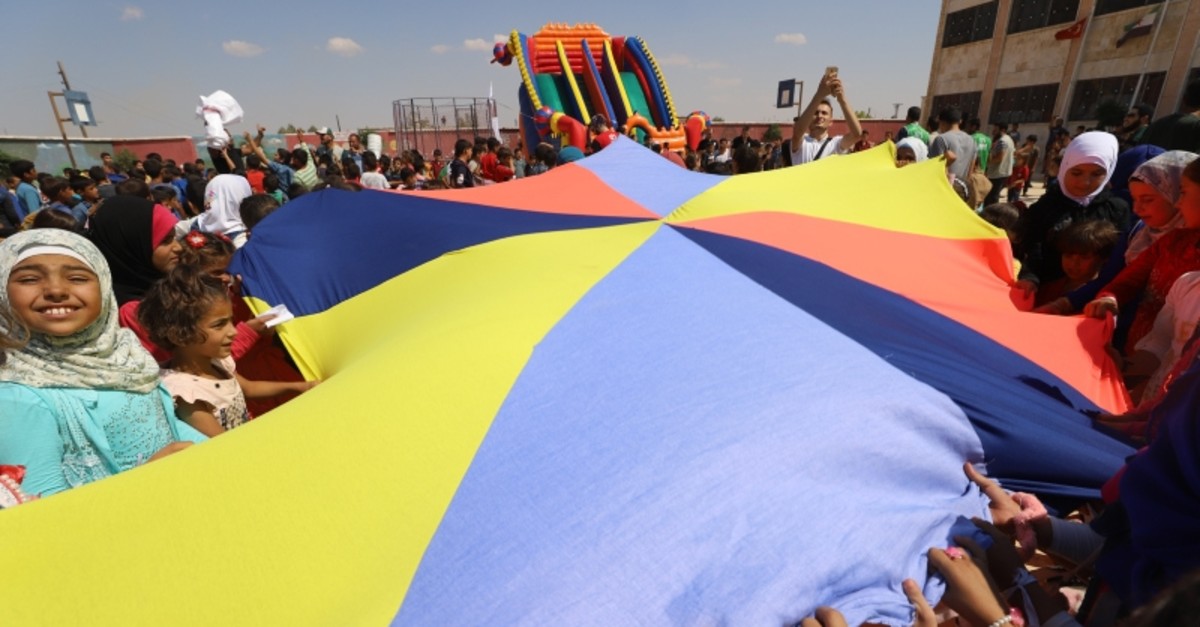 A Turkish non-governmental organization will start a festival on Monday for Syrian children in the areas liberated by Turkey's Operation Euphrates Shield and in country's southern Kilis province.

International Refugee Rights Association (UMHD), a Turkish non-governmental organization, will hold a five-day long festival, "Borderless Festival," on Sept. 16-22 for cheering around 10,000 Syrian children, according to a statement by the association.

While the organization works on protecting refugee rights on health, education and providing integration, with this festival it aims to raise international awareness on Syrian children who live in the war-torn country, UMHD head Uğur Yıldırım said in the statement.

"These children are struggling to survive under war conditions, facing lack of education opportunities," Yıldırım said adding that these children need a source of hope in their daily lives.

Four days of the festival will be held in northwestern Syria and one day at the Elbeyli refugee camp in Turkey's Kilis province, he added.

The UMHD will also provide stationery that will cover a year's supply of children's needs, the statement added.

Since 2016, Turkey's Euphrates Shield and Olive Branch operations in northwestern Syria have liberated the region -- including Al-Bab, Afrin, and Azaz -- from YPG/PKK and Daesh terrorists, making it possible for Syrians who fled the violence to return home.

The PKK is listed as a terrorist organization by Turkey, the U.S. and the EU, and in its more than 30-year terror campaign against Turkey it has been responsible for the deaths of nearly 40,000 people, including women, children and infants. The YPG is the group's Syrian branch.