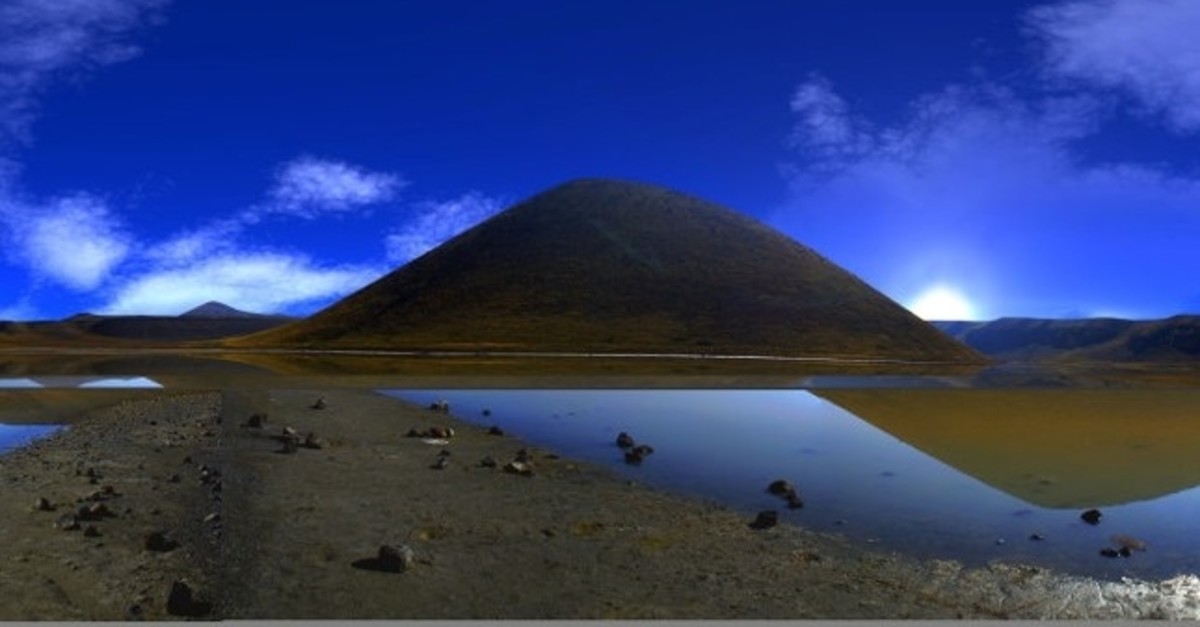 The Konya Bar Association prepared a short movie on central Turkey's Lake Meke, which almost dried up last year, within the scope of the civil society initiative to raise awareness on agricultural irrigation.

Located in the Karapınar district of Konya province, Lake Meke, also known as "The Evil Eye of the World" for its unique shape, has almost completely dried up because of the ongoing drought due to global warming as well as incorrect irrigation techniques, according to experts.

"The lake has been there for over five million years, but now it is about to disappear and it is our fault. We have lost a lot of natural beauty due to unconscious agricultural irrigation and environmental pollution and we continue to destroy it," said the head of the Konya Bar Association Mustafa Aladağ.


Lake Meke was declared a first grade protected area in 1989 and registered as a natural monument in 1998. Speaking to Anadolu Agency (AA), professor Tahir Nalbantçılar of Konya Technical University said both Lake Meke and Konya Basin are rare and one of the most beautiful and unique places in Anatolia.

What makes Lake Meke unique is that it features a giant volcanic cone right in the center of it. The crater lake was formed by the flooding of the crater by an extinct volcano, which took shape about 4 million years ago when a volcano erupted. After the first eruption, a second eruption formed another volcanic cone inside the lake with a maar. Lake Meke now consists of two lakes with various islets. At its maximum depth, the lake goes down to 12 meters.