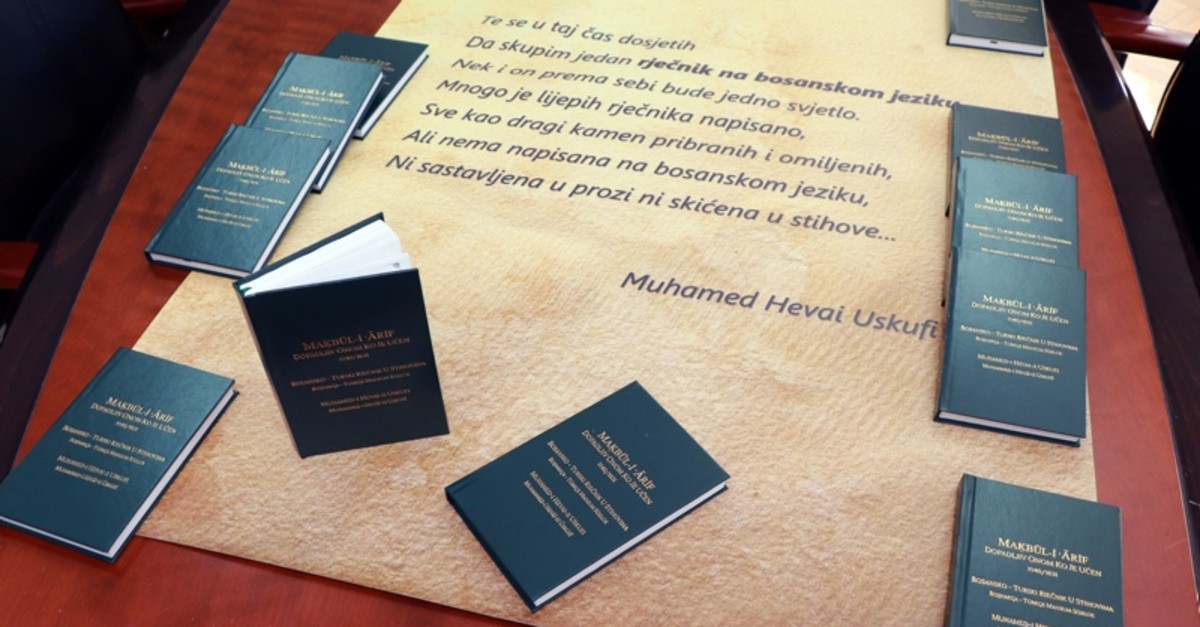 The first ever Bosnian-Turkish dictionary written by Bosniak poet and writer Muhammed Hevaji Uskufi Bosnevi has been re-printed in Turkey.

The dictionary titled "Makbul-i Arıf" (Potur Şâhıdî) was printed by the Tuzla Municipality in Istanbul and gifted to Bosnia and Herzegovina's third-largest city Tuzla, which bears the same name as the Turkish district.

A total of 3,000 copies of the dictionary were reprinted within the scope of a project launched between the two countries and some 2,000 copies were delivered to the Bosnian city.

Speaking at the program held for the event, Haldun Koç, Turkey's ambassador to Sarajevo, said the project is a good reflection of the deep historical and cultural ties between the two countries.

"If a country has both stability and peace, more projects will emerge from that country," he added.

Stating that Turkey will continue to support infrastructure projects that will strengthen the economy of and political stability in Bosnia and Herzegovina, Koç thanked those who contributed to the project, namely the Tuzla Municipality and the Yunus Emre Institute, the Turkish state-run agency that promotes Turkish language and culture around the globe.

Jasmin Imamovic, mayor of Tuzla city, reminded the crowd that the author of the dictionary was a Bosniak scholar who had received education in Istanbul during the 17th century, saying he was glad that such an important piece of history was being reprinted.

Uskufi, a poet and writer of Aljamiado literature, originally wrote the dictionary in 1631 which is also the first written dictionary of Southern Slavic languages. A manuscript copy of the dictionary, which remains from 1798, is still on show at Sarajevo.