2 dead after train derails inside tunnel in Turkey’s Bilecik 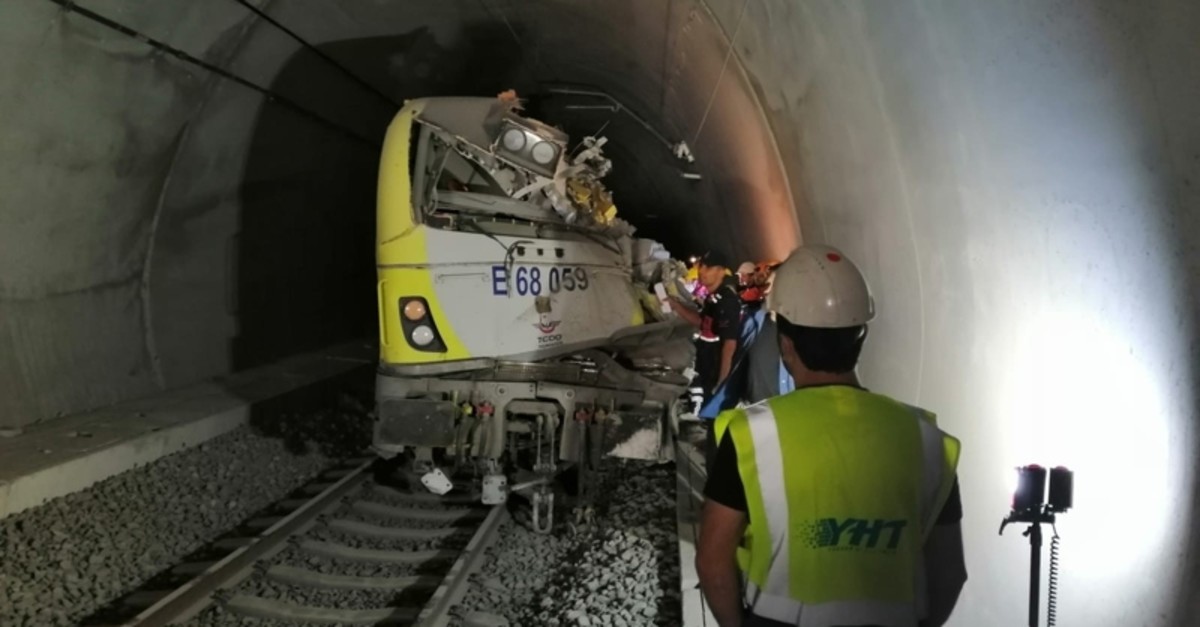 Two people were killed after a pilot engine derailed and hit a tunnel wall in Turkey's northwestern Bilecik province.

The engine was checking the tracks of the high-speed rail that runs between Istanbul and capital Ankara.

Both drivers died shortly after the crash near Ahmetpınar village. The cause of the deadly accident is still unclear.

Despite heavy investments to improve railways that have been neglected for decades, Turkey's railway safety record remains poor. In December last year, a high-speed train hit a railway engine and crashed into a pedestrian overpass at a station in Ankara, killing nine people and injuring 47 others.

In July 2018, 24 people were killed and more than 120 people were injured in Çorlu district of northwestern Tekirdağ province when a passenger train derailed after the earth filling under the tracks near a culvert was washed away by heavy rains.