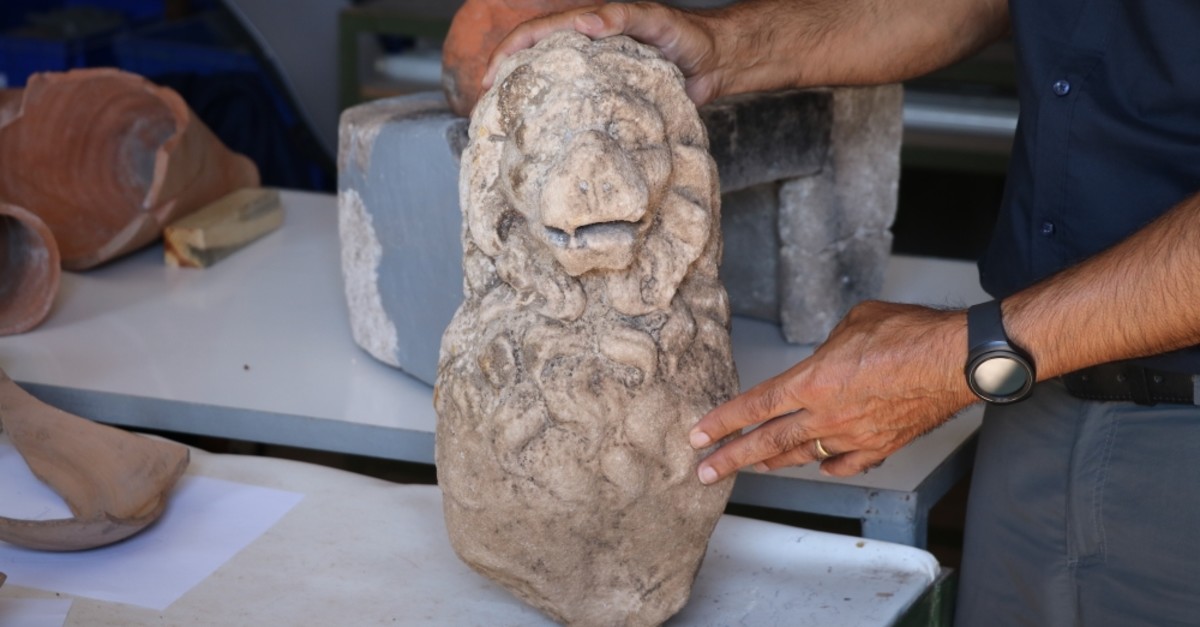 The sculpture of lion was discovered in excavations of a complex which used to be an inn.
by Anadolu Agency
Sep 20, 2019 12:14 am

Turkish archaeologists in northwestern Turkey unearthed a 2,200-year-old lion statue from the Hellenistic period in the ancient city of Assos, the head of the excavation team said.

Nurettin Arslan, a professor who also heads the archaeology department at Onsekiz Mart University in Çanakkale, told Anadolu Agency (AA) that the excavations in Assos, one of the most important port cities of the antique age, started with a team of 25 people in July, adding that the seasonal works will end next month. The sculpture of lion was discovered in excavations of a complex which used to be an inn during that period, he said. Excavations were also carried in the agoras, or ancient city centers, of Byzantine structures, added Arslan.

Turkish archaeologists have been carrying out uninterrupted excavation work in the ancient city since 1981, after the American researchers began their work in the area in the 1800s. Assos, situated on a rocky hill overlooking the Aegean Sea in northwestern province Çanakkale, has been home to many societies for centuries, while nowadays it is a popular destination for hundreds of thousands of tourists each year with its antique theater, agora, necropolis and ancient walls.