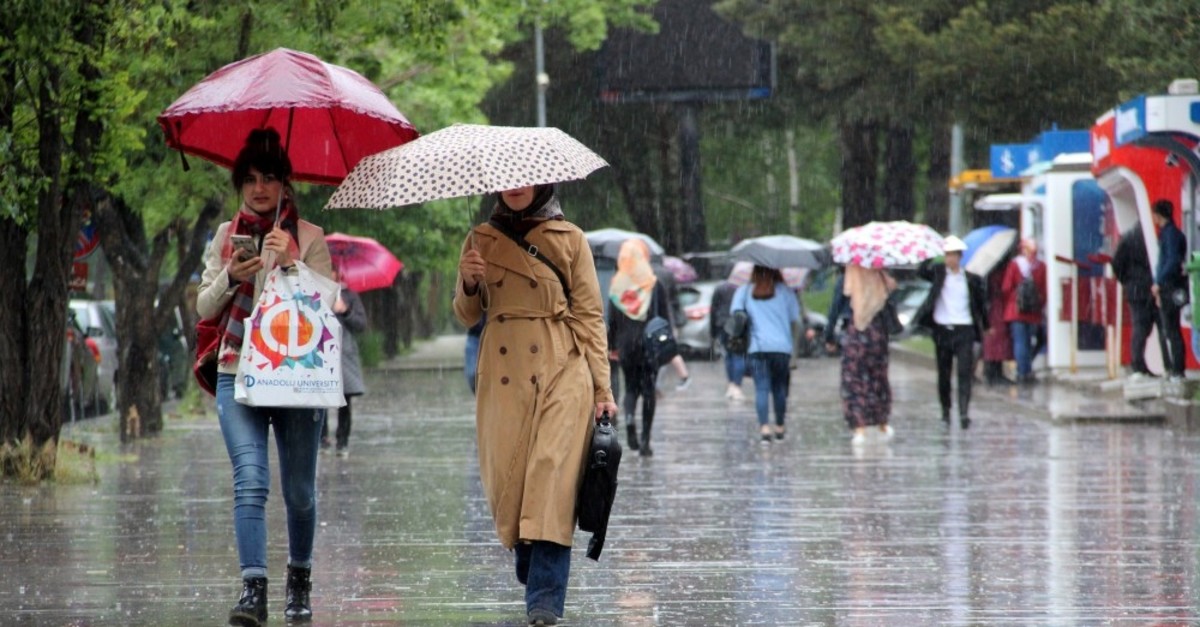 People walk in the rain in the northeastern city of Erzincan in this undated photo.
by Daily Sabah with Agencies Sep 24, 2019 12:11 am

Increasing water volume in dams has helped Turkey cut energy costs. Ziya Erdem, CEO of Enerjisa, says the country's dams benefited from "solid" rainfall this year, and they were still filling with underground waters. "Water levels reached 65% in dams last month. This is a tremendous figure," Erdem was quoted by broadcaster NTV from a speech at Digital Energy Summit in London.

Erdem noted that it has been a long time since the water levels rose so high, adding that "natural gas plants depending on foreign currency for operations almost did not operate at all." "This means a $1.5 billion saving for Turkey," he highlighted, stating that hydroelectric plants operated very well throughout summer.

Figures between October 2018 and April 2019 show rainfall in that period was 56% more compared to the previous year and boosted energy generation in hydroelectric plants 57%, according to figures compiled by Anadolu Agency (AA).

Numbers show cumulative rainfall in that period was its highest since 1981 and precipitation was unprecedented, especially for southern and southeastern Turkey where parts of some provinces saw a 100% increase in rainfall. In the first four months of 2019, energy production in hydroelectric plants was more than 32.4 billion kilowatt hours (kWh) compared to 20.6 billion kWh in the first four months of 2018.