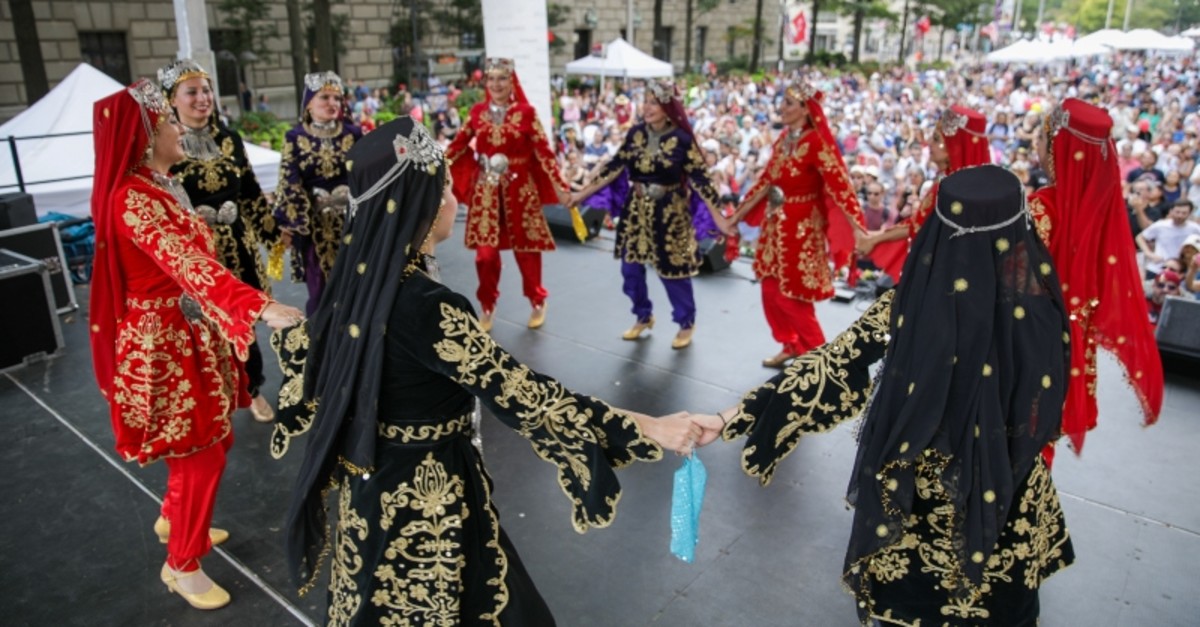 The 17th Traditional Turkish Festival in Washington D.C. attracted thousands of Turkish nationals and other cultural enthusiasts to the U.S. capital on Sunday.

The festival was held at Freedom Plaza on Pennsylvania Avenue, within walking distance of the White House, and featured prime examples of Turkish cuisine and culture.

The theme of this year's festival, organized by the American Turkish Association of Washington D.C. (ATA-DC), is "Antioch: Mosaic of cultures, Land of Tolerance," celebrating the multicultural history of the city of Antakya in Turkey's southern Hatay province.

The gathering included a Turkish folk dance team and the Karagöz and Hacivat traditional shadow play, both of which were greatly enjoyed by the festival attendees.

Hand-woven Turkish carpets, Turkish tiles, traditional Ottoman clothing and the best of Turkish cuisine were also showcased at the festival, which was organized within the scope of the Eighth Turkish Heritage Month, held throughout September.

Speaking to Anadolu Agency, Mert Arıkan, a board member of ATA-DC, said the festival aims to promote Turkish culture in the city.

"Actually, we, as ATA-DC, aim to make Turkish society familiar among the American society," said Arıkan.

Coffee vendors also offered coffee fortune telling, a cultural practice in Turkey dating back to the 18th century. The fortune teller interprets the patterns in the coffee grounds left on both the cup and saucer.

Ecem Ünal, 21, a student at University of Maryland, expressed her joy at being part of the festival likening it to a "birthday."

"I am super happy to be here to see my culture in D.C. and see all the people enjoying and promoting my culture. It feels like a birthday to me," said Ünal.

"I loved the shows and food. It is great to have this in D.C.," said Ünal, praising ATA-DC for doing a "great job."

"Every year, they work to make the festival better and I am happy about that," she added.

Dishes served at the festivals included mouth-watering kebabs, pide — a flatbread topped with meat, cheese or vegetables — and döner, thin shavings of rotisserie meat or chicken served with bread, vegetable and sauce.

A first-time visitor, Sarah Gray told Anadolu Agency that she was "blown away by the representation" from different regions in Turkey.

"It is not just focused on one aspect, it is focused on different cultures, food, different music and performances," said the 19-year-old. "I am definitely coming again."