Turkish man named ‘hero of the year’ in Stockholm district 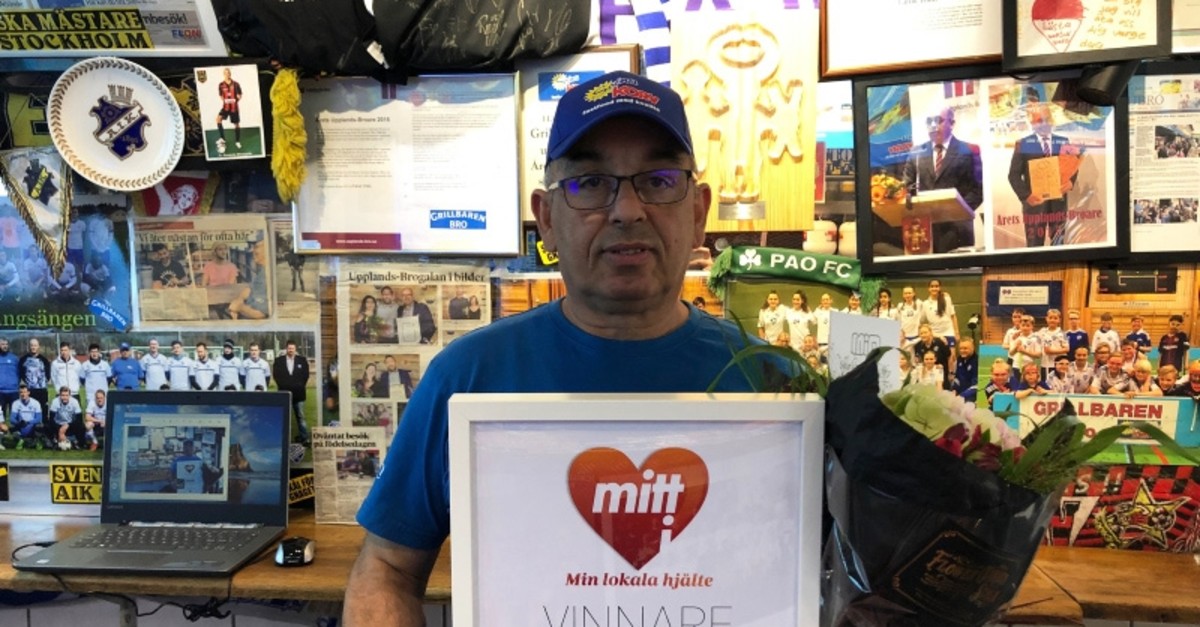 A Turkish national was named "hero of the year" by a Swedish newspaper after receiving the majority of locals' votes for his initiative on social responsibility projects.

Faruk Yıldız, who runs a fast food restaurant in Upplands-Bro district of the Swedish capital Stockholm, was awarded by local Mitt i Stockholm newspaper, which puts on the competition determined by public vote.

The 57-year-old man received the award at a ceremony attended by several officials, including Turkey's Ambassador to Sweden Hakkı Emre Yunt.

Yıldız told Anadolu Agency (AA) that since he first started his business in the city, he has been taking care of the locals, trying to find solutions for the problems faced by families and young people.

Yıldız began offering free meals to eight students each week which became a tradition that he now carries out every Friday.

The award is not the first prize Yıldız received in Sweden. He had previously been awarded five times in different categories, the most recent being "the year's most loved artisan award" which was given to him in April.

Yıldız said that he first came to the country in 1983, explaining that he started to work as a dishwasher in a restaurant that he later bought.

He eventually sold that restaurant but opened a hamburger shop to stay in the district, he said.

Yıldız said the good relationship that has grown between him and the Swedish community has come as a welcome surprise.

"I had never thought I would have such a success in my 36 years of expatriate life," he said.