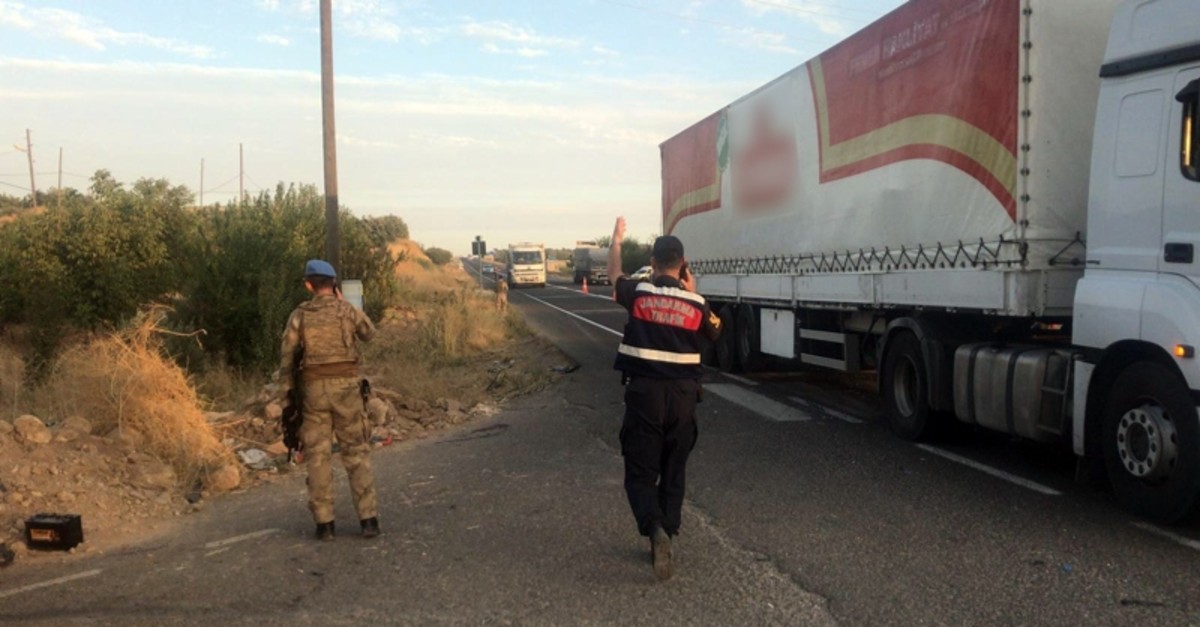 A soldier was killed while 14 others were injured in an accident in southeastern Turkey's Şanlıurfa province on Saturday.

The accident occurred when the Gaziantep bound bus carrying military personnel from Şanlıurfa crashed with a lorry on the highway.

Soldiers who were injured during the accident were immediately taken to Birecik State Hospital by paramedics. However, one of the wounded soldiers who was receiving treatment succumbed to his wounds despite efforts.

Reports noted that the soldiers were heading to intervene in a quarrel in a rural area when the fatal crash took place.

Şanlıurfa Governor's Office released a statement, offering condolences to the family of the fallen specialized sergeant at the Gendarmerie Special Operation Command. The statement also said that the injured soldiers' treatment is still ongoing in the hospital. Meanwhile, the driver of the lorry who was also injured in the crash was detained, and a probe was launched into the accident.