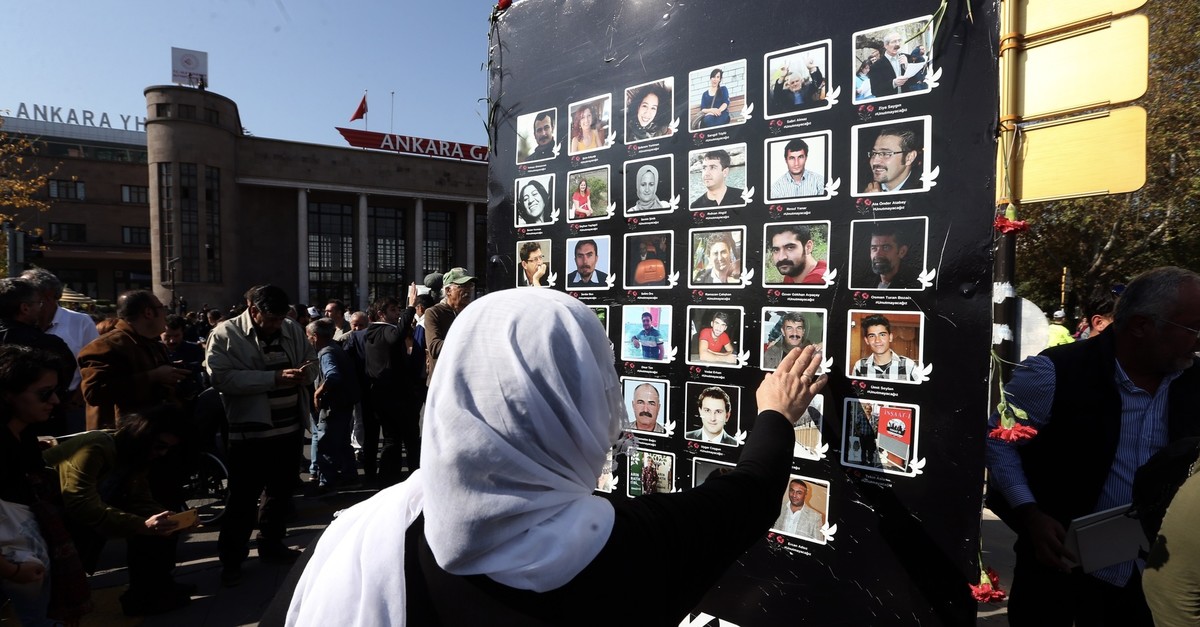 A woman who lost her husband in 2015 bombings in the capital Ankara said her pain is "still fresh." Uygar Cosgun, Mehtap Sakinci Cosgun's husband, was among more than 100 people killed by twin bomb attacks at a peace rally in Ankara on Oct 10, 2015. Uygar, a lawyer by profession, attended the rally in Ankara's main train station to meet members of the transport workers union.

Forty-five minutes after he arrived, the bombs went off, Mehtap said. She said she was shocked with what she saw after arriving at the train station following the attack. "After minutes of efforts, I reached the lifeless body of my husband," she recalled. "Actually four years is a long period in terms of the calendar, but we don't understand how the time has passed because we're still living the same sorrow as if it happened yesterday," she said. Mehtap said many people who lost their loved ones in the 2015 terror attack still couldn't move on with their lives, and some ended up quitting their jobs.

The families set up an association, called the 10 October Peace and Solidarity Association, to support one another and demand justice.

The attack was attributed to the terrorist group Daesh and carried out by suicide bombers, identified as Turkish national Yunus Emre Alagöz and an unidentified Syrian national. Thirty-five suspects were implicated in the bombing on charges of aiding suicide bombers and orchestrating the plot to kill civilians. Nine among them were handed down multiple aggravated life imprisonment terms, while others were sentenced to lesser prison terms. Sixteen others are still being tried in absentia, including İlhami Balı, a senior Daesh member believed to be in Syria.