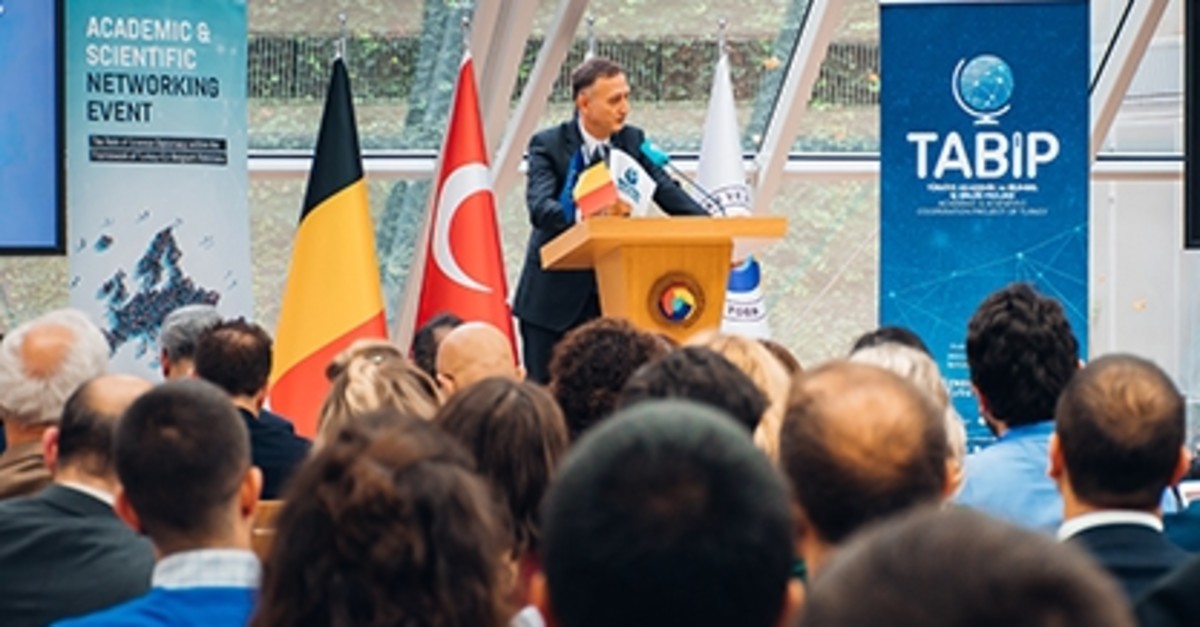 The Yunus Emre Institute (YEE) recently established the Academic and Scientific Cooperation Project of Turkey (TABİP) that runs under the auspices of the Presidency of the Turkish Republic.

The TABİP project, which was initiated by the YEE Chair professor Şeref Ateş, is meant to introduce Turkey-based academic and scientific studies to the world, present these studies on international platforms and support Turkey's academic and scientific endeavors. The project was explained at an event organized in cooperation with the Union of Chambers and Commodity Exchanges of Turkey (TOBB) in Brussels. Participants included diplomats, EU officials, academics, business people and students.

Speaking at the event, Turkey's Ambassador to Brussels Zeki Levent Gümrükçü stated that as a diplomat he has deep expectations from the concept of scientific diplomacy which aims to create new international bonds among the nations.

Turkey's permanent representative to the EU, Ambassador Mehmet Kemal Bozay, stressed that the TABİP is a promising project and that the states should promote new initiatives to strengthen mutual relationships among them.

Greek member of the European Parliament Miltiadis Kyrkos and the Secretary General of the Flemish Interuniversity Council, Koen Verlaeckt, congratulated the YEE for the establishment of the TABİP project.

Operating under the umbrella of the Yunus Emre Foundation in public and cultural diplomacy with its 56 cultural centers in 45 countries and 139 contact points in more than 60 countries with the aim of introducing Turkish language, cultural heritage and arts and serving those in abroad who want to receive education in the fields, Yunus Emre Institute initiated the TABİP in order to enhance Turkey's visibility in science and technology through science diplomacy.