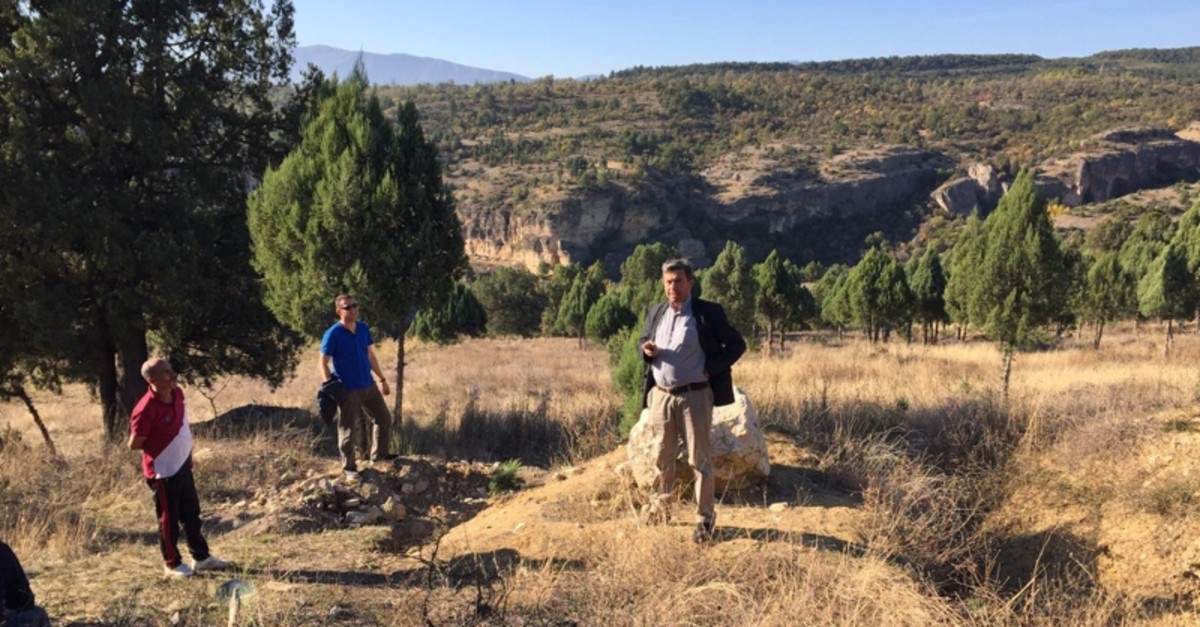 Safranbolu's District Gov. and Deputy Mayor Fatih Ürkmezer was on a walk when he saw three people digging and approached them. Upon realizing that they were conducting the dig illegally Ürkmezer contacted the local gendarmerie and the village headman.

Ürkmezer instructed the gendarmerie officers, who arrested the suspects, to take them to the public prosecutor to start the necessary procedures.

"We work day and night to protect the riches of our historically and naturally unique district both above and under the ground," said Ürkmezer, asking citizens to show the same sensitivity and contact security authorities immediately when faced with similar situations.

As Safranbolu is listed on the UNESCO World Heritage List, it is a target for smugglers and people trying to sell historic artifacts on the black market, Ürkmezer said.

Safranbolu, which has been on the UNESCO World Heritage List since 1994, is famous for its well-preserved historical buildings that include Ottoman era-houses, mosques, inns and Turkish bathhouses.