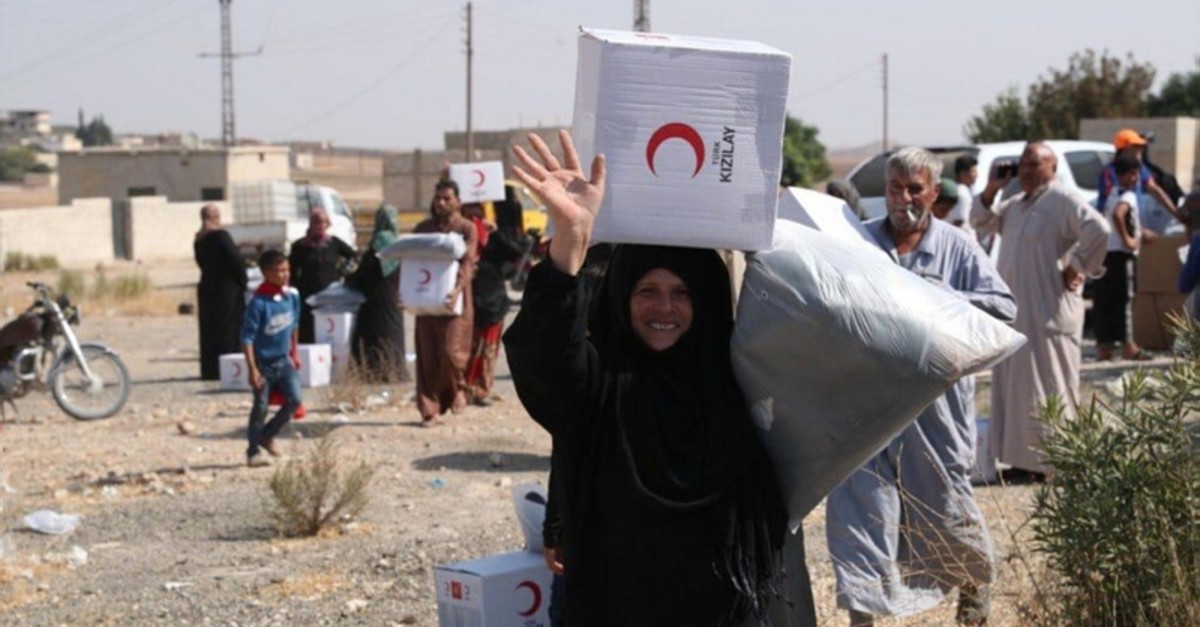 The Turkish Red Crescent arrived in the recently-liberated Syrian district of Tal Abyad to deliver humanitarian aid to people in need, the head of the aid agency said Tuesday.

"This morning, our colleagues reached Tal Abyad along with a convoy of one tractor-trailer and two trucks. They are handing out food and hygiene supplies to affected people," Kerem Kınık, told Anadolu Agency on the sidelines of the World Humanitarian Action Forum (WHAF) being held in Istanbul.

The city center of Tal Abyad district was cleared Sunday of YPG/PKK terrorists within the scope of Turkey's ongoing Operation Peace Spring in northern Syria. Their homes were liberated from over a five-year occupation by Daesh and YPG/PKK terrorists. Tal Abyad residents on Tuesday started returning to their homes.

Kınık went on to say aid will be delivered to Syrian regions cleared of terrorists through two new border gates, which have become operational in Turkey's southeastern province of Şanlıurfa through Turkey's ongoing operation.

"The number of [border] gates, where we have been carrying out cross-border humanitarian aid since 2011 had been reduced to six from 12 after terror groups occupied the region. Now there will be two new gates. With Akçakale and Ceylanpınar gates, new doors will open for humanitarian aid into Syria," he said.