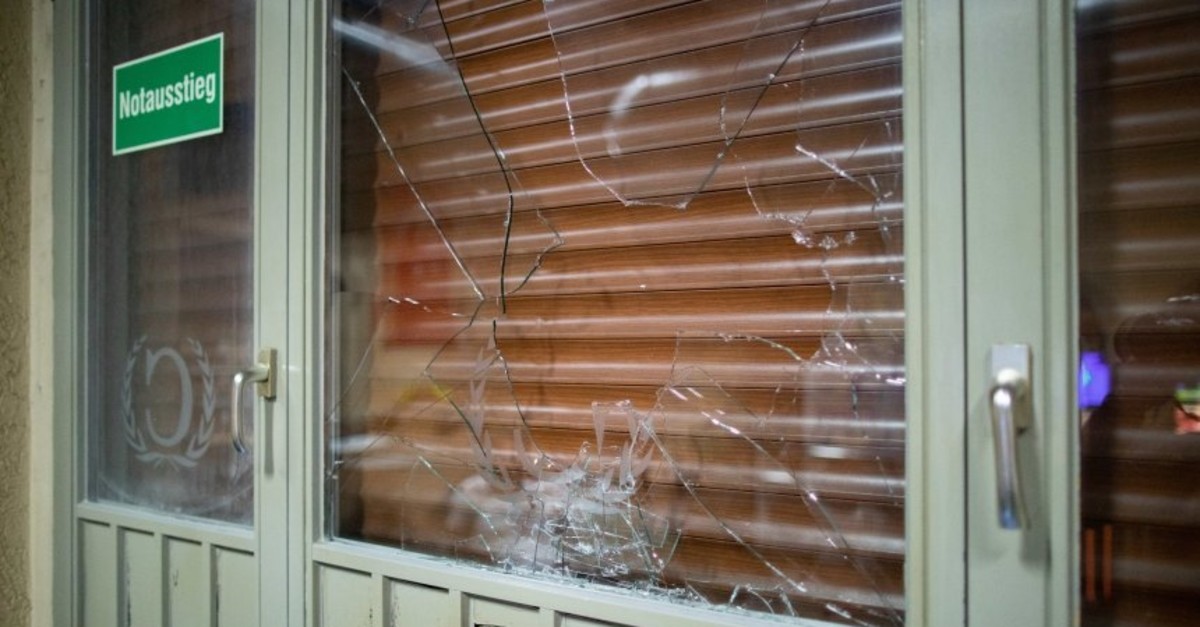 According to dpa, around 350 YPG supporters were protesting against the Turkish military's anti-terror operation in northern Syria when the situation escalated and the supporters attacked the Turkish establishments.

The protestors attacked a kiosk and the cafe "Bizim Konak," breaking windows and furniture.

Five people were injured, a police spokesperson said. Two people injured at the kiosk were hospitalized. In the attack on the cafe, a police officer and another person were wounded as well. The police officer was taken to the hospital but released the same day. The organizer of the protest was also injured while trying to calm some of the YPG supporters and cut the rally short at the planned location.

The police reported that the protestors were "quite angry" and continued their demonstrations after the rally ended. No further incidents were recorded.

AK Party Istanbul deputy Zafer Sarıkaya, who himself used to live in Germany, slammed the attack on Twitter. "I condemn the cowardly and insidious act on our brothers and sisters." He promised he would monitor the prosecution of the crimes and the investigation of the perpetrators.

"The attacks on places of worship and Turkish establishments abroad, especially in Germany, are increasing daily. The West does not take sufficient sanctions against the attacks on our citizens abroad," Sarıkaya said, sharing photos of the attack showing the broken windows and a stone that was thrown at the cafe.

Since Operation Peace Spring began last week, attacks on Turkish shops and establishments have increased in Europe. Turkey launched the operation, the third in a series of cross-border anti-terror operations in northern Syria targeting terrorists affiliated with Daesh and the PKK's Syrian offshoot the YPG, on Oct. 9 at 4 p.m.