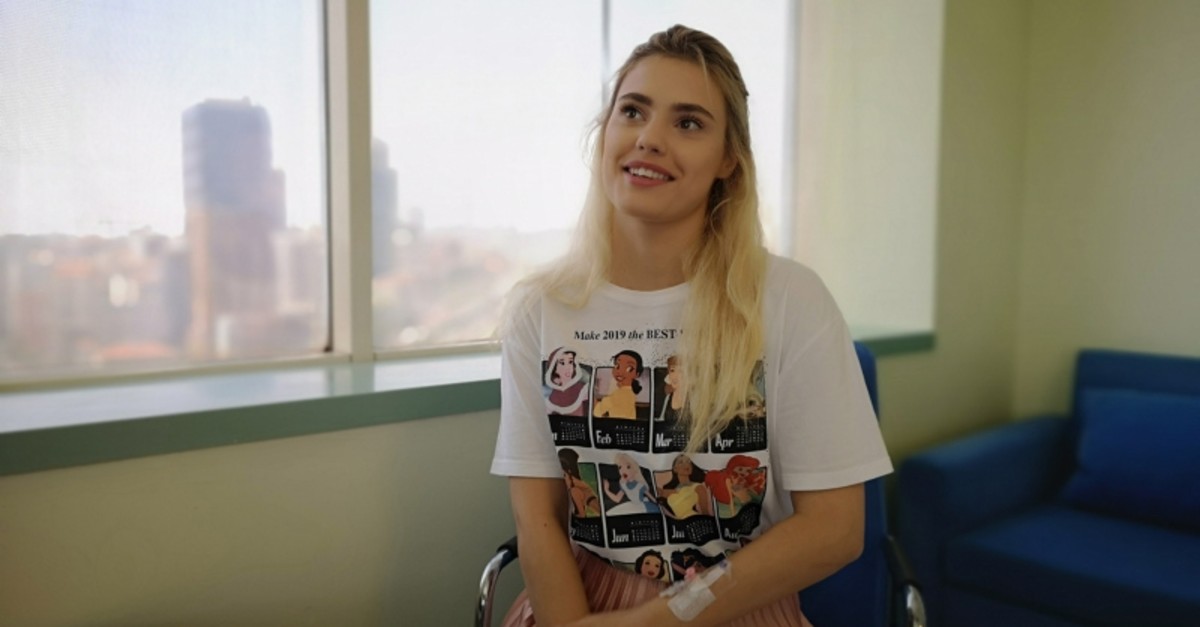 Christine Ilieva had a promising international modeling career before a car accident in her native Bulgaria shattered her dreams. The 21-year-old woman had to wait for two hours for an ambulance after the accident last year, suffering serious injuries on her right leg and hip. She was at risk of amputation but a Turkish hospital helped her regain her health and she can walk again thanks to a first-of-its-kind surgery for Turkey.

Top model Ilieva, who enjoyed a modeling career in the United Kingdom and the United States, had an infection in her leg after the accident and lost almost the entire skin on her leg before she was airlifted to Turkey for treatment. Plastic surgeon Uğur Anıl Bingöl and orthopedics expert Turhan Özler performed a string of surgeries on Ilieva and saved her leg. She still had trouble walking due to marrow damage on her leg but Gökhan Meriç, another Turkish doctor, performed a landmark cartilage transplant, a first in Turkey, on her leg, transplanting cartilage from a donor to the damaged area on her knee. The young model is now ready to grace the catwalk again.

Dr. Uğur Anıl Bingöl says they cleaned all dead tissues, bones and muscles and repaired injuries with skin and muscle grafts in the surgeries. Dr. Özler, an orthopedics expert at Yeditepe University Hospital in Istanbul, says Ilieva went through a difficult hip and knee surgery. “She was suggested to undergo an amputation in her country and she had a serious infection and open wounds when she came here. Her hip and knee bones were fractured and this was almost one month after the accident. We restored them to their place one by one, though the surgery was complicated by the infection. The last stage was cartilage transplant from a cadaver. Now, it is up to Christine to keep herself in good health,” he told Demirören News Agency (DHA).

Ilieva said she was living her dream of being a model before the accident. “I started losing hope after the accident and it was only with the support of the people around me that I survived. People had faith in me and helped me boost my power for struggle. Anything can happen but you have to stand strong and should always fight. I had lost all my hope when I was told I could lose my leg but I knew I shouldn’t give up. Now I have the hope of going back to my old job,” she said.