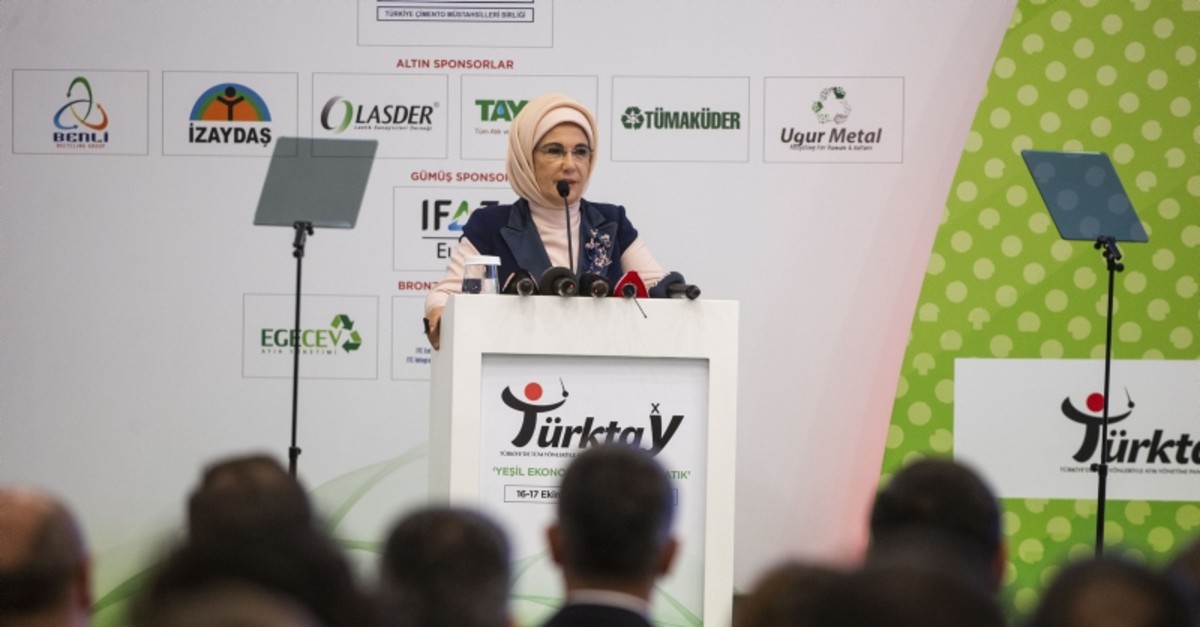 “The only way to reverse disaster scenarios is a switch to a green economy,” first lady Emine Erdoğan said on Wednesday at a conference on waste management. The first lady, who leads a nationwide initiative under a zero waste project, champions recycling in every field and zero waste is viewed as Turkey’s stepping stone into sustainability and environmental protection.

Erdoğan joined Minister of Environment and Urbanization Murat Kurum and Trade Minister Ruhsar Pekcan for a panel on waste management in Turkey in the capital Ankara.

Turkey, late to waste management despite rapid industrialization in recent years, sped up efforts to minimize the impact and looks to set an example in the international community in waste management with the zero waste project launched two years ago.

The first lady said the world abandoned the policy of “use and throw away” and a green economy was the only way to reverse disaster scenarios. “The zero waste approach is the most important step to that extent,” she said. The first lady said a green economy would improve the country overall, by boosting revenues and employment. “We can improve access to clean water and energy. The only way to preserve biological diversity and ecosystems is to reduce waste and carbon emissions,” she said. Erdoğan noted that her zero waste project, first launched at the Presidential Complex, had gained momentum in a short time. “It found a response not only in the public sector and municipalities, but also in the private sector. Above all, our nation responded to it deservedly. We have set a goal of having 25,000 buildings switched to zero waste practices by the end of 2019 and we reached this goal two months before the end of this year,” she stated.