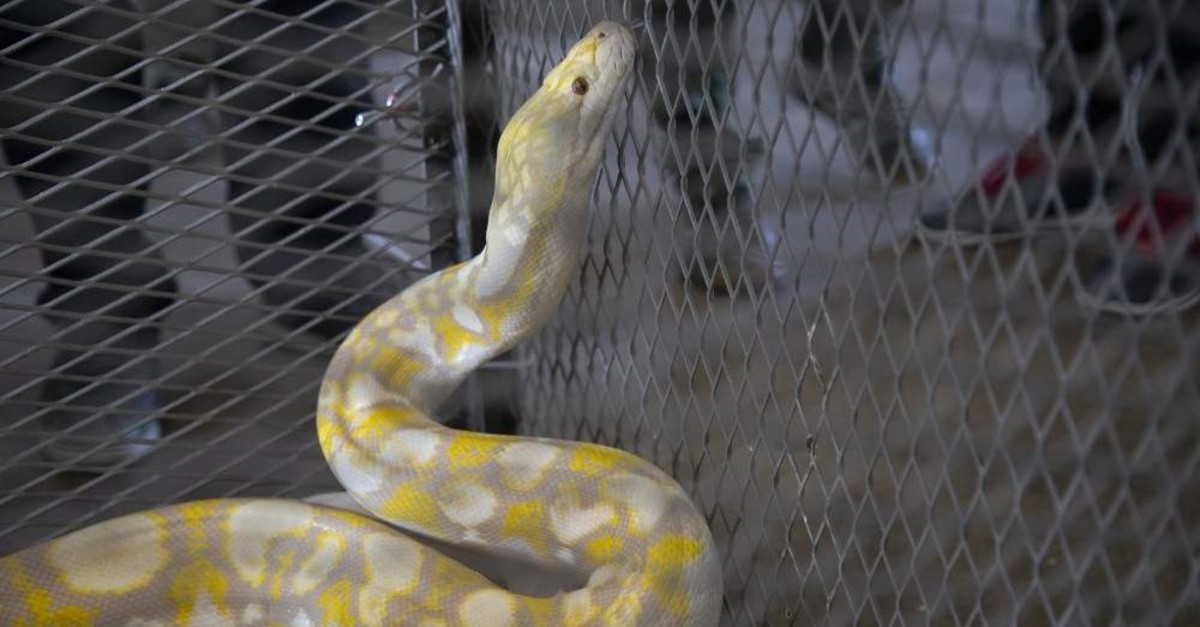 Seventeen reptiles, including pythons and a baby crocodile, were seized by Turkish Border Patrol agents at the Kapıkule border gate with Bulgaria on Friday.
Edirne provincial border agents searched a car with a Bulgarian license plate before it entered the country. Police found two pythons, four baby pythons, a baby crocodile and 10 baby lizards in the car’s trunk.
The two pythons, which face extinction, weighed 30 kilograms (66 pounds) each.
The driver of the car, identified only as R.D.M., was detained, while the seized animals were delivered to the Provincial Directorate of Nature Conservation and National Parks.