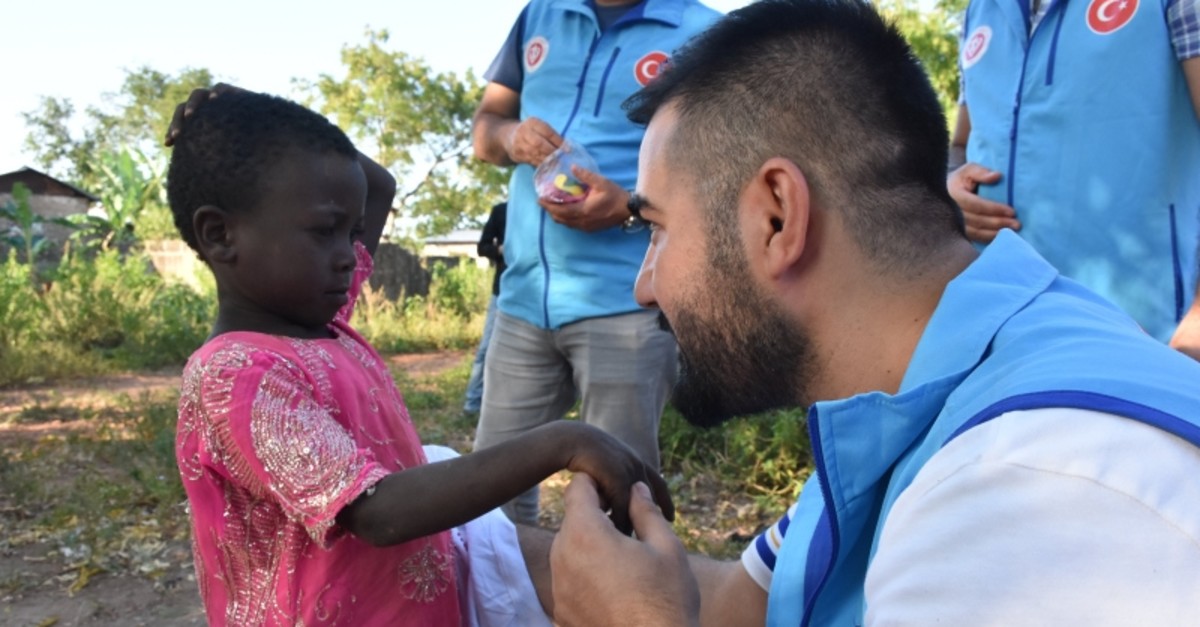 Turkey's activities in Africa are wholeheartedly welcomed by the African authorities and African people as they are purely humanitarian and developmental works, deputy head of Turkey's Presidency of Religious Affairs (Diyanet) said on Friday.

In an exclusive interview with Anadolu Agency in the capital Ankara, Argun talked about Diyanet's African Muslim Religious Leaders summits, its activities in Africa and the main motives behind Turkey's Africa initiatives.

Argun stressed that either on a governmental level or on an NGO level, when Turkey operates in African continent, its representatives are wholeheartedly welcomed by the local people, especially on a grass-root level.

"I do sincerely hope that our third summit will be as successful as the previous two summits," he added.

Underlining that the year 2005 was declared by the Turkish government as the year of Africa, Argun said that the following year in 2006, Diyanet, had organized the first African Muslim Religious Leaders summit in Istanbul under the auspices of the former Prime Minister of Turkey Recep Tayyip Erdoğan.

"This summit was first of its kind, as we had invited all the Muslim religious leaders from different countries across the continent," Argun highlighted.

Argun said that during intensive workshops and brainstorming, Diyanet representatives discussed and analyzed the challenges that Turkey shares with African Muslims and how can Turkey can contribute in overcoming these problems.

Underlining that the outcome was "amazing", Argun said that Diyanet had decided to form many groups to follow up the decisions that were taken in that first summit.

"May Allah give us guidance and strength to convey the true and correct message of Islam in Africa and other parts of the world," Argun said.

Underlining that hermeneutic is a big problem today which Muslims face, Argun said many people do read some sacred texts and misinterpret them.

He expressed hope that Turkey's activities will contribute to the "better understanding and representation of Islam".

As a request from the local community, Diyanet constructs number of mosque complexes in different countries including Djibouti, Ghana, Burkina Faso, Mali, and Chad, Argun stressed.

"In addition to that, we bring students from Africa to our imam hatip schools, which is unique to Turkey, and to Faculties of Theology," Argun said.

Argun stressed that Diyanet also provides some publications for the Muslim local communities, translates the Quran professionally, prints them out here and also dispatches to those countries.

"In addition to the Quran translations, we also do translate some of the canonical works of the Islamic jurisprudence and other piece of Islamic Studies," he added.

Argun underlined that construction is an important part and parcel of Diyanet's activities in Africa as well as publication, bringing students and humanitarian work.

"Through the Diyanet Vakfi [Diyanet Foundation], the NGO of the Diyanet, and the other Muslim and Turkish local NGOs, we try to contribute to some of the developmental projects of African countries," he added.