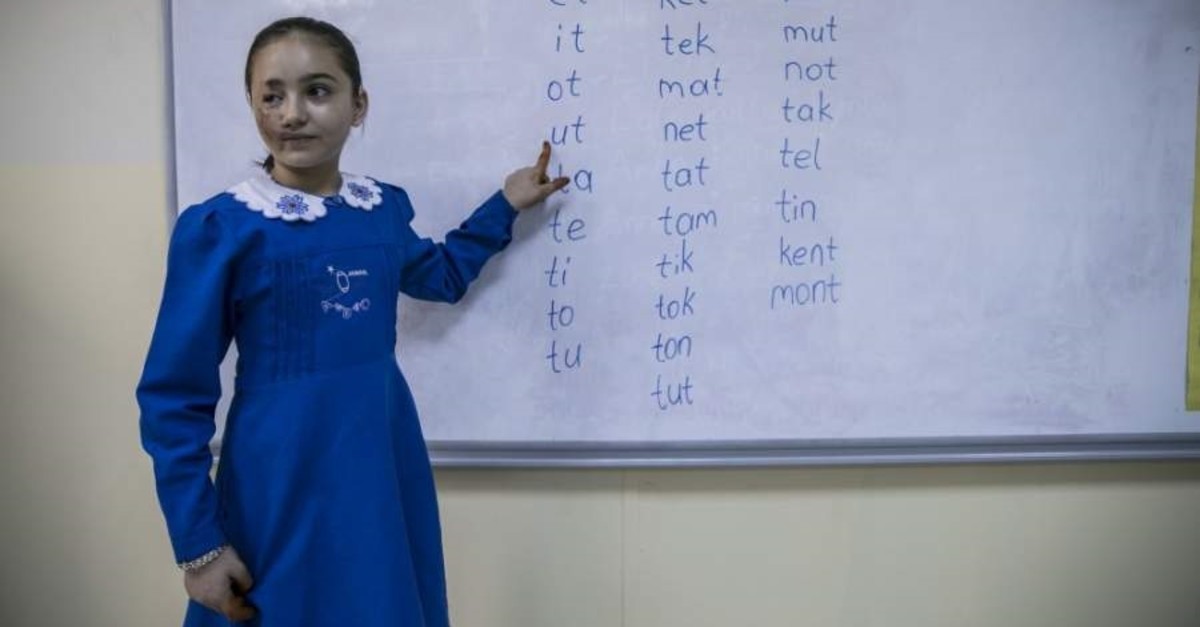 Luceyn Kifretune, a 9-year-old Syrian girl whose face was deformed when a barrel bomb hit her home in Syria, can now make a “happy” face after treatment in Turkey.
The right side of her face was severely burned one and a half years ago in an explosion when Bashar Assad regime forces dropped a barrel bomb on her family's home in Syria’s Saraqib, a city in Idlib province. Her father Mahmoud says the attack turned their lives upside down. Mahmoud lost his parents, aunt and 7-month-old son, while his 7-year-old son Omar lost his right leg. His son received a prosthetic leg, but there were no treatment options for Luceyn in war-torn Syria. The family came to Turkey 11 months ago for her treatment and took shelter in Hatay, a border city where thousands of displaced Syrians fleeing the civil war have settled in recent years. A group of philanthropists in the city helped the family with Luceyn’s treatment at a hospital in Istanbul. “Thank God my daughter is smiling again after the successful surgeries. She is very well now and has returned to school. I am grateful to Turkey, to everyone who helped us,” he told Anadolu Agency (AA).
Luceyn, who had to drop out of school due to the conflict in her home country, now attends a primary school in Hatay’s Reyhanlı district and is happy to “get rid” of the “bad view” of her face. “It is good to be able to smile again. I can play with my friends [without having to worry about my face],” Luceyn says. The treatment to remove the scars on her face is ongoing, and Luceyn says she wants to be a doctor in the future to help children like her.
Last Update: Dec 20, 2019 1:11 am
RELATED TOPICS