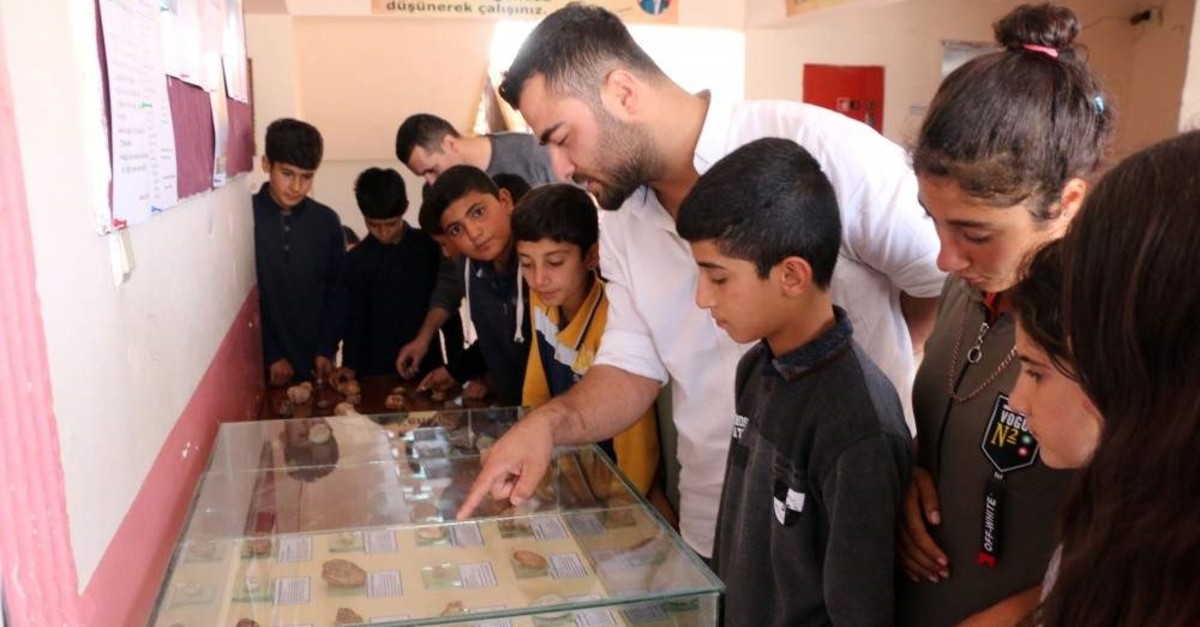 Teacher establishes school museum to showcase fossils of sea creatures he collected with his students. (DHA Photo)
by Oct 23, 2019 5:15 pm

A teacher in southeastern Turkey’s Şanlıurfa province established a school museum after collecting various stones which turned out to be fossils belonging to sea animals.

Ahmet Yılmaz, who is a social studies teacher at a school in Siverek district, started to collect various types of stones with his students, and then sent the pictures of the stones to universities for examination.

After examinations, the stones were identified as thousands of years-old fossils belonging to several sea creatures including sea-urchins, seashells, snails, and trees.

The teacher’s interest, which started with only 20 fossils from six different types, has now grown and their findings have been turned into a school museum thanks to his and his students’ efforts.

Yılmaz said thanks to the fossils, they learned that there was a sea in the region some 50 million years ago, thus making the area rich in fossils, adding that he wants to enlarge the museum in time.