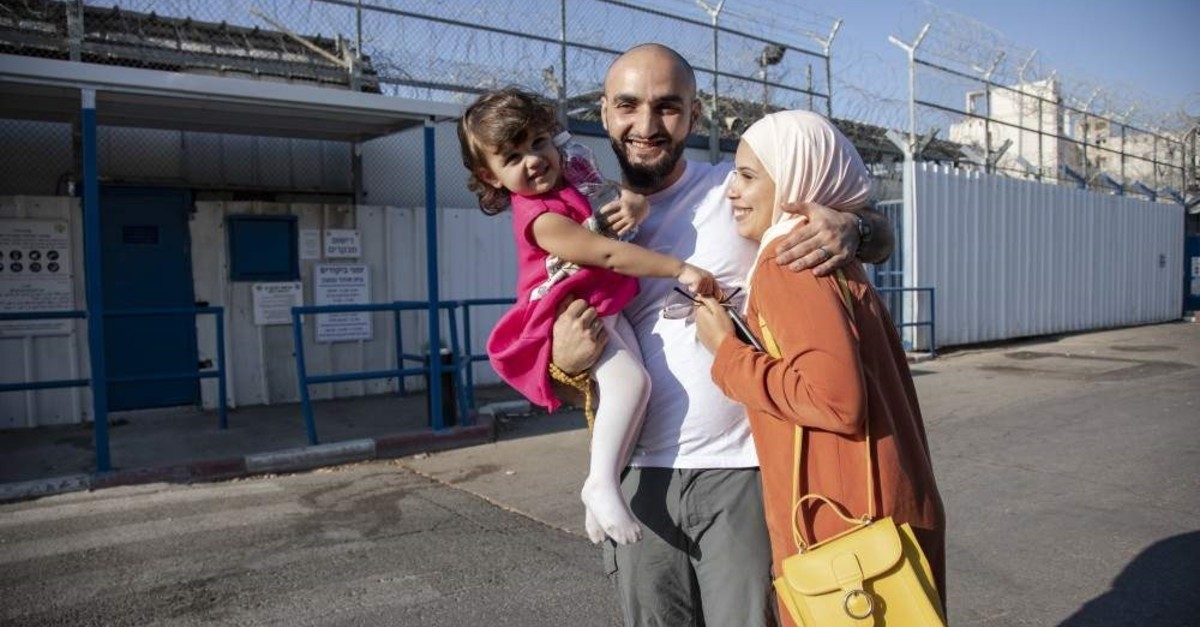 Mustafa al-Kharouf, a Palestinian cameraman for Anadolu Agency (AA), was released on Thursday, 10 months after his detention by Israel. The 32-year-old man was detained in east Jerusalem on Jan. 22 and was held in prison in advance of his planned deportation to Jordan under the pretext of not having a residence permit.

A court yesterday ordered al-Kharouf's release on bail. The journalist was held in the Givon detention center in southern Israel which holds detainees pending deportation. The Israeli Interior Ministry objected to the verdict but the court ignored the objection and ordered al-Kharouf to pay 40,000 shekels ($11,330) for his release.

The journalist reunited with his family and friends outside the detention center.

His lawyer Adi Lustigman told AA that Israeli authorities issued a 21-day temporary visa for his client and they would appeal for the extension of this period. Lustigman said Mustafa should not "have spent even one minute in detention" and they would continue fighting for him to regain all his rights, including an ID in Jerusalem "where his family lives and he belongs to." The lawyer pointed out that al-Kharouf's wife Temam had a "Jerusalem ID" that substitutes for residence permit and they had already applied for a family reunion.

"He has no other homeland than Jerusalem. He lived there, grew up there, studied and worked there. He is a son of Jerusalem," she said.

While al-Kharouf holds a Jordanian passport that allows him to travel to neighboring Arab states, it does not give him citizenship or residency rights in Jordan. Al-Kharouf has worked for AA as a photojournalist since last August.