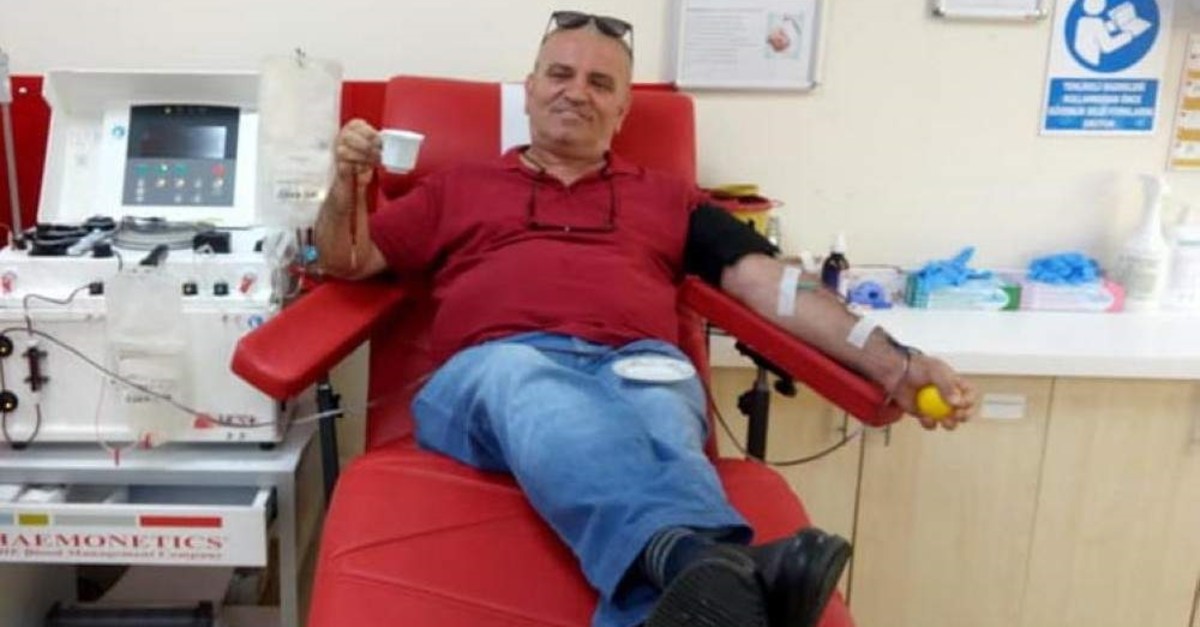 Emin Şahin, a 60-year-old pensioner from western Turkey's İzmir, is a two-time world record holder in blood donations and he does not plan on stopping any time soon.
Şahin has received 17 awards for record blood donations in Turkey. He matched his own record by donating 25 units of blood in 2016 and is credited with saving lives of almost 1,000 people in need of vital blood transfusions.

The father of two has been regularly donating blood since his youth but upped the ante after his retirement. After retiring, he donated 167 units of blood to hospitals and 201 units of blood to the Turkish Red Crescent and became Turkey’s third most blood-donating citizen.

“I would donate 50 units of blood every year if only there was not a limit to yearly donations. I feel lighter after I donate blood and want to go back again and donate more,” he says.
Despite the massive amount, he never had any health issues. “Last year, I used to donate up to four units of blood weekly. This is impossible for other people but it is like an addiction for me. There are five other people in Turkey like me and we compete with each other for most blood donations,” he says.

“It feels good to donate so much. We help people recover, we save lives,” he says. “I still feel young because of donations. Too much blood is harmful to the body,” he added.