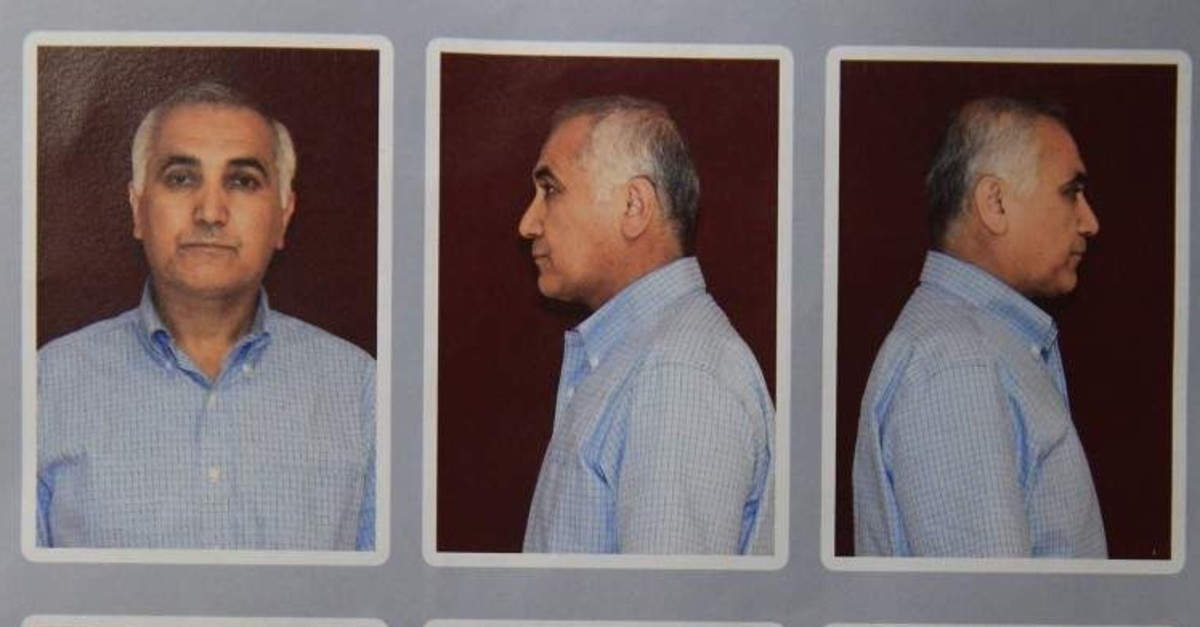 by Nazif Karaman Oct 25, 2019 6:52 pm
Adil Öksüz was an obscure figure for the Turkish public up until July 15, 2016. A theology lecturer at Sakarya University, this unassuming man with a touch of grey hair and a slender figure, was actually one of the most important names behind the coup attempt on that fateful day. Öksüz is the mastermind of the attempt as a senior member of Gülenist Terror Group (FETÖ), investigations revealed.
Little is known about his last days before he disappeared in the wake of the coup attempt but the Sabah newspaper managed to retrace his steps after his controversial release from detention on July 16, 2016.
As soon as he was released from custody, Öksüz traveled to Sakarya where he taught and resided. Authorities issued a second arrest warrant for him but Öksüz learned about it and fled to Istanbul. Between July 19, 2016, and Aug. 5, 2016, he hid out in two safe houses run by FETÖ in two different neighborhoods of Istanbul’s Üsküdar district. A FETÖ member who helped him in hiding in one of those houses was arrested and confessed his ties to FETÖ. That suspect disclosed that Öksüz was aided by a secret network of FETÖ in charge of the group’s infiltrators in the Turkish Air Forces.
Police sources say Öksüz left his last hideouts in Istanbul on Aug. 5, 2016, and took a ride from Esenler district to a road connecting the city to the northwestern province of Edirne which lies on the border with Greece. However, police believe he exited the car somewhere in the Bayrampaşa district of Istanbul. It is not known where he headed from Bayrampaşa as this was the last place he was spotted.
According to investigations, Öksüz’s brother-in-law Ali Sami Yıldırım took him to Istanbul from Sakarya on July 19, 2016, and handed him over to Rüştü Karakaya, head of FETÖ’s Istanbul network in charge of Air Force infiltrators. Investigations also identified three others who helped him hide in Istanbul, including Cihat Yıldız, a fugitive like Öksüz. Prosecutors prepared an indictment against the associates of Öksüz.
As an "imam" or point man for FETÖ, Öksüz planned the putsch attempt with the terrorist group's infiltrators in the military. He is currently on the Interior Ministry's Most Wanted list, with a reward of TL 4 million for tips leading to his capture. Öksüz was first detained just outside Akıncı Air Base, a military base in the capital Ankara after the coup attempt was foiled. The base was sort of a command center for the putschists with warplanes taking off from there striking strategic locations. However, hours after his detention, a court controversially ordered his release with judicial control. Months of manhunts across Turkey failed to yield results and authorities concluded that he fled abroad.
Referred to as FETÖ's "black box" for his intricate ties to senior cadres and prominent role in the coup attempt, Öksüz reportedly acted as the Air Force leader for the terrorist group. FETÖ leader Fetullah Gülen and Öksüz are being tried in absentia in several coup cases. Both men face multiple life sentences for their suspected role in the coup attempt that came three years after FETÖ members in the judiciary and law enforcement tried two other unsuccessful coup attempts.
Hakan Bıyık, a colonel who confessed his ties to the terrorist group, had revealed Öksüz's role in the coup attempt in his testimony and detailed how Öksüz and military officers in the "Peace At Home Council" plotted the insurrection bid in a villa in Ankara. Adil Öksüz told interrogators that he was near Akıncı base to "check out a piece of land he was planning to purchase," just like Kemal Batmaz, his alleged co-conspirator in the putsch attempt, when he was captured.
Batmaz, currently in jail on coup charges, was a former executive of a FETÖ-run company and was among other "civilian" FETÖ members captured at or near the airbase. "Öksüz told us that Gülen instructed the generals, FETÖ's infiltrators in the military, to convince [Chief of the General Staff] Hulusi Akar to join the coup," Bıyık told a court during a hearing in the trial of 227 defendants involved in the coup attempt. According to Bıyık, Gülen told Öksüz that "[Hulusi Akar] would be put into retirement this summer." Indeed, several generals were expected to be retired by a supreme military council overseeing the army's appointments in August 2016. "We discussed everything from how to kidnap President Recep Tayyip Erdoğan from his Istanbul residence and then taking him to a military ship, to the kidnapping of the prime minister and interior minister using Special Forces as well as the kidnapping of the intelligence chief," Hakan Bıyık told the court. "Failure was not an option. When we talked about what we would do if the plans were unsuccessful, Öksüz told us not to think the worst," Bıyık said.
Last Update: Dec 20, 2019 1:15 am
RELATED TOPICS