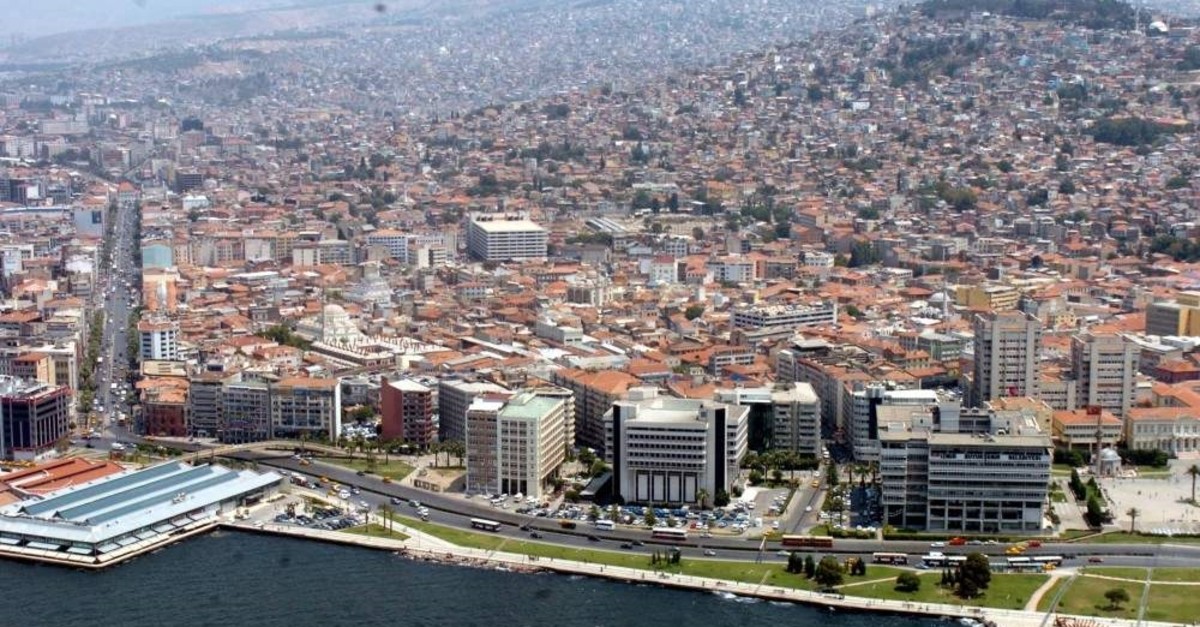 There have not been any large-scale earthquakes in ?zmir for centuries, and experts believe this increases the risk of a big earthquake in the future. (DHA Photo)
by daily sabah Oct 28, 2019 6:30 pm

İzmir, Turkey's third-largest city, remains vulnerable by 17 active fault lines crossing downtown, while experts work on a new mapping of the lines and new scenarios for their potential danger to the population

In the wake of last month’s 5.8-magnitude earthquake, all attention was turned to Turkey’s most-populated city Istanbul, but there is a greater danger awaiting another city south of Istanbul. İzmir, the country’s third-largest city, lies on 17 active fault lines with the potential to cause earthquakes with magnitudes ranging between 6 and 7.2, according to experts.
Scientists are now working on mapping the fault lines and including them in new zoning plans while preparing separate scenarios for every magnitude of earthquake.
İzmir, situated on the Aegean coast of Turkey, has historically been home to earthquakes of varying magnitudes, but no major earthquake has occurred in the 20th century or this century. The last big earthquake was in 1909 and killed eight people.
Officials from the Earthquake Research Center of İzmir-based Dokuz Eylül University say the 17 fault lines are located in 10 different regions, and some basins where fault lines exist had unstable sections. The center’s director, professor Hasan Sözbilir, told Demirören News Agency that they were working on mapping the fault lines and including them in zoning plans. “We have to create different earthquake scenarios for each,” he said, noting that they were working on a master plan.
“There is a need to determine the building stock before setting earthquake scenarios. There have been many significant scientific developments in the last 20 years (since the 1999 earthquake that killed thousands in northwestern Turkey), and we have now started applying these developments to the master plan and to see what we can do for the larger İzmir province,” he said. Researchers continue to examine the fault lines to predict the scale of destruction in a potential earthquake and to ensure efficient disaster management.
Sözbilir says that although scientists often focus on a possible Istanbul earthquake, İzmir might be in more danger. “Istanbul does not have a live fault line crossing the city and, in contrast, there are scenarios regarding how it will be affected if the North Anatolian fault line in the Marmara Sea becomes active. This is not the case in İzmir. There are 17 fault lines in downtown İzmir, and we know little about their history,” Sözbilir said.
He and his team are working on defining the fault lines on multiple levels, from trench-based paleoseismology to mapping. “There has not been any massively destructive earthquake in İzmir for about 330 years. The last big one was in 1688, and it caused massive damage and loss of lives. This is why İzmir is exposed to a bigger risk of earthquakes. We don’t know which of those fault lines would create an earthquake, and we need forecasts and studies,” he said.
One such fault line straddles Seferihisar, a district with a population of over 43,000. Sözbilir said this fault line can create a 7.0 magnitude earthquake. Another fault line stretches from Güzelbahçe to the districts and neighborhoods of Narlıdere, Balçova, Konak, Pınarbaşı and Altındağ, all populated areas. Sözbilir says they know very little about the building stock of those places and were trying to determine the buildings directly situated on the fault lines.
The university now expects to sign a protocol with İzmir Governorate to minimize the damage from a future earthquake, while some 100 scientists will carry out a three-year study to determine the buildings under risk in İzmir.
Last Update: Dec 20, 2019 1:17 am
RELATED TOPICS