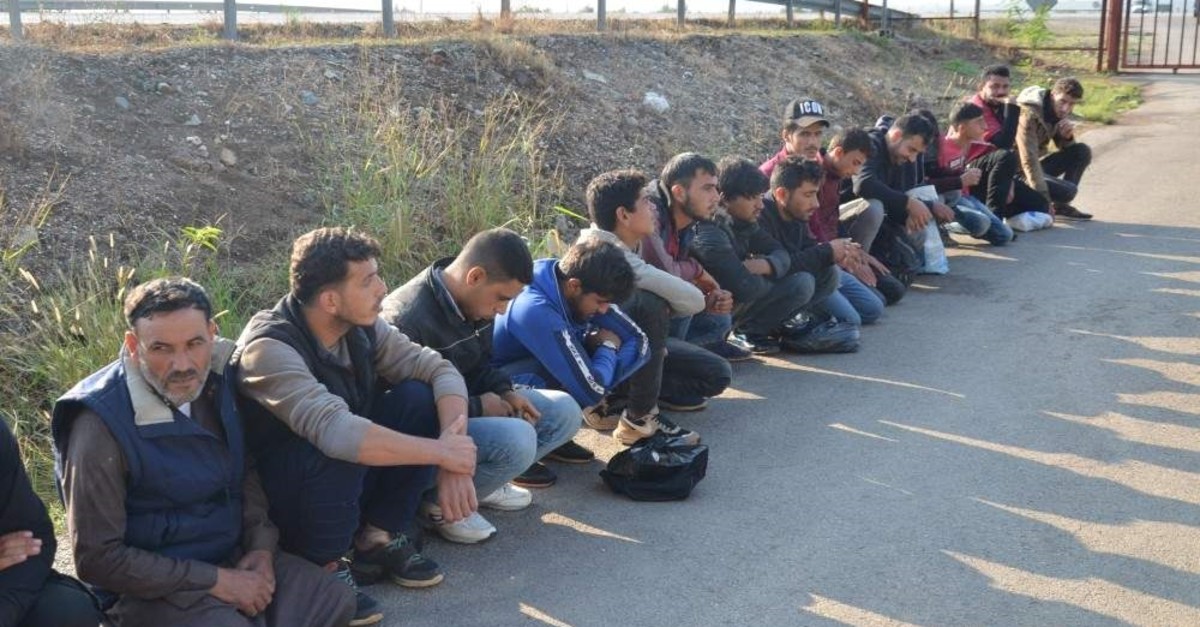 In the western province Balıkesir the local gendarmerie stopped two groups trying to head to the Greek islands. A group of 41 migrants, including 15 women and seven children, was held in the Ayvalık district. The illegal migrants were mostly from central African countries, Palestine and Yemen.

A second group was stopped in the Edremit district, where security forces acting on a tipoff stopped two vehicles heading to the coast. Some 116 people, mostly Afghans, were captured from the vehicles.
Meanwhile, five suspected human traffickers were detained. The police also seized one unlicensed pistol, one inflatable boat with an engine and 35 life jackets. The migrants were taken to the provincial migration office.

In the southern border province of Hatay, the local gendarmerie stopped a van in the Kırıkhan district carrying 29 Syrians, who crossed the border illegally.
The driver of the van, identified as A.C., was detained and the migrants were transferred to the local migration office.

Another group of 73 irregular migrants was held in the rural regions of the Altınözü district. All of them were Syrian nationals and were brought in by the local gendarmerie.