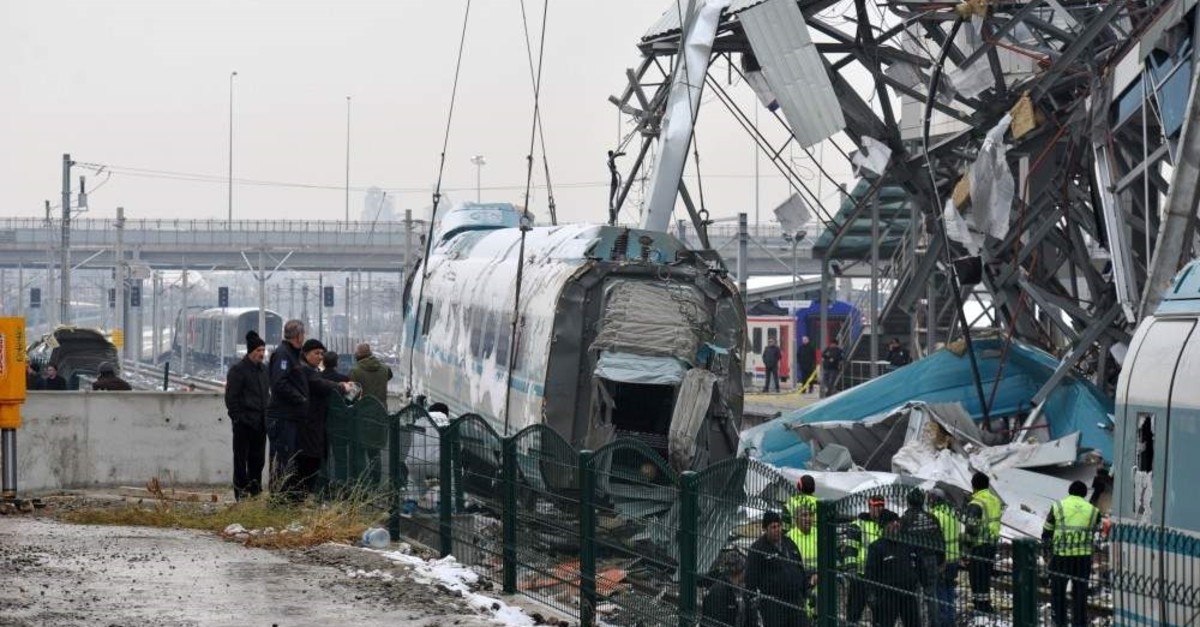 Prosecutors have asked for prison terms up to 15 years for 10 suspects in last year’s deadly train crash in the capital Ankara.
The indictment, which wrapped up Wednesday, accuses suspects of causing multiple deaths and injuries.

A high-speed train hit a railway engine and crashed into a pedestrian overpass at a station in Ankara on Dec. 13, 2018, killing nine people, including three train engineers. The train was en route to central Konya province.

Defendants in the case include train traffic controllers and other staff of the railroad authority who were in charge of the train and the train station near the scene.
The head of the high-speed train directorate for Ankara is among those indicted in the case, as well as two high-ranking officials from the National Railways of Republic of Turkey (TCDD), the state-run agency in charge of the operation of trains and railroad network.
The charges stem from accusations of train safety negligence that likely caused the train crash.