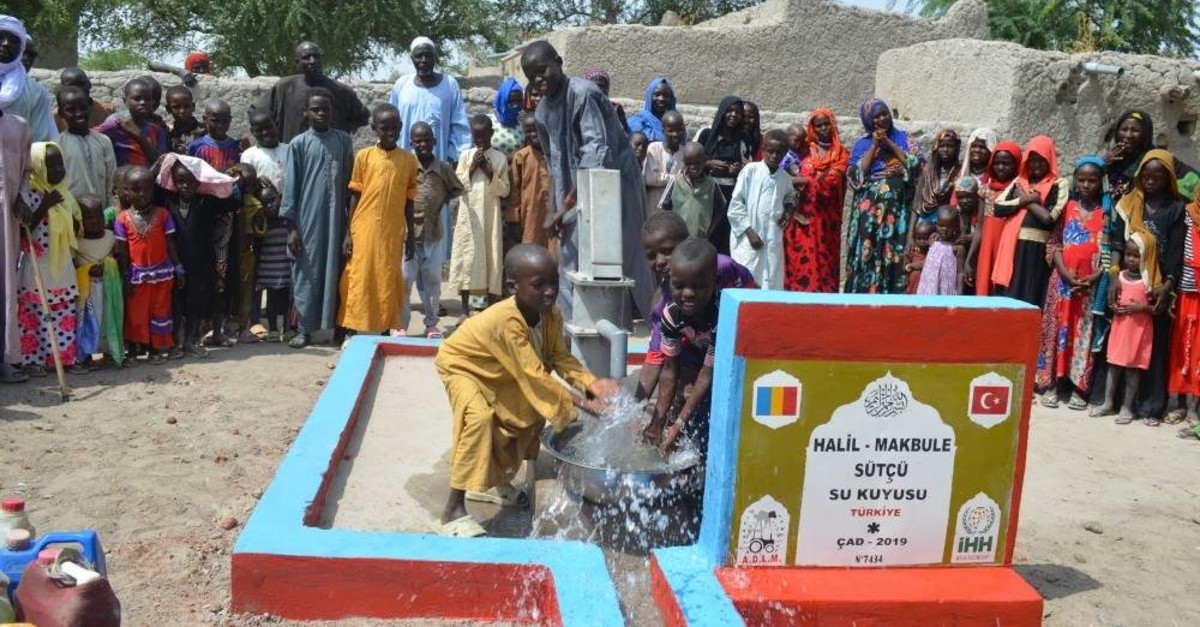 by daily sabah Oct 31, 2019 5:51 pm
It took 13 years for Makbule Sütçü to save money for charity but it paid off. The 74-year-old woman was in tears when she saw the money she donated to a charity had funded a water well for a community in need in Chad.
Sütçü and her husband Halil started selling vegetables they grew in a garden outside their house in Sakarya in northwestern Turkey 13 years ago. Their goal was to spend it for a charitable cause. Aunt Makbule, as officials from the Humanitarian Aid Foundation (İHH) call her, decided to use it for a water well and donated about TL 30,000 she earned to the charity.
She was emotional as she watched a video showing the launch of the water well in Massakory, a small Chadian town with a population of about 1,000 people. “I thank God for accomplishing it. I went into much trouble to save the money. I was sick, I had a surgery and needed money but I never gave up saving money. It was an ambition for me and God helped me,” she told Anadolu Agency (AA).
“I am glad to see this day and would be happy even if a bird drank water from that well,” she said. “Me and my husband worked hard to earn money for charity. I am grateful to him. Now I am planning to send aid to Arakan and thinking of sending dresses for newlywed couples there,” she said, referring to impoverished Rohingya Muslims displaced from Myanmar’s Rakhine, known as Arakan in Turkish.
“She was so happy that she cried for a week,” her husband Halil said. “There is no life without water and this was the greatest need of those people."
Ali Akıllı, an official at İHH’s Sakarya branch, says one in every 10 people in the world has no access to drinking water and their charity has installed more than 7,000 water wells in several countries in 18 years. “Aunt Makbule and Uncle Halil also sponsor orphaned children, and they donate for the needs of two orphan children from Iraq and Turkey. We are grateful to them for their sacrifice,” he said.
Last Update: Dec 20, 2019 1:21 am
RELATED TOPICS