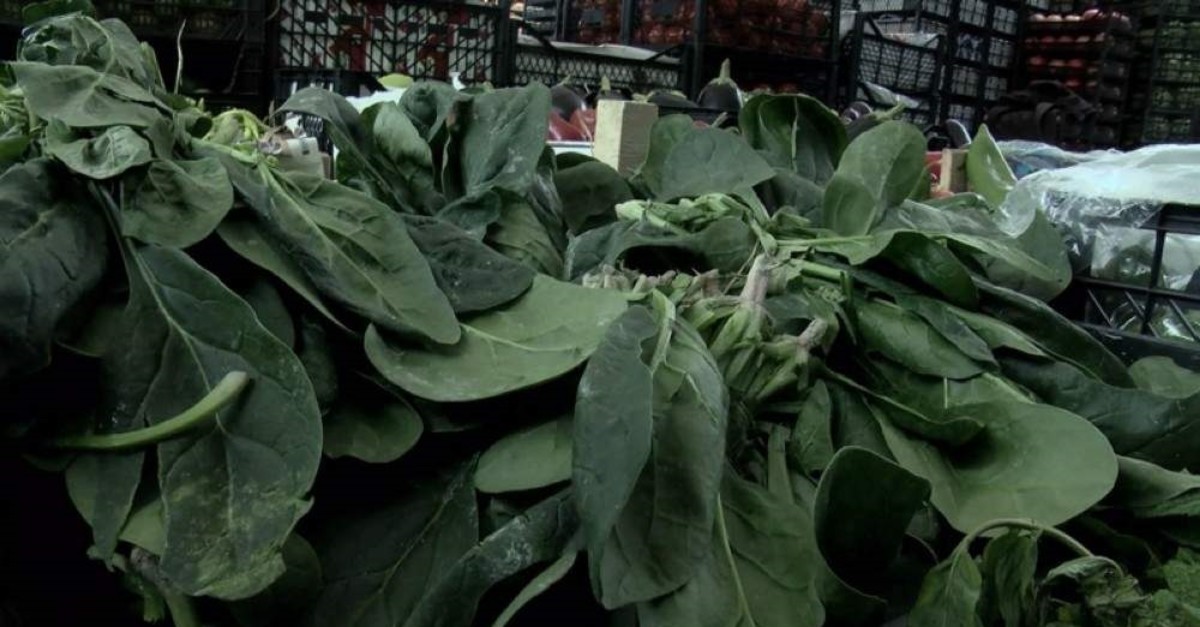 Bundles of spinach for sale in an Istanbul market. (DHA Photo)
by Daily Sabah Nov 04, 2019 1:24 pm
At least 66 people have been hospitalized across Turkey over the past four days for food poisoning suspected to have originated from spinach mixed with toxic weed, prompting officials to launch an investigation and gather samples.
Istanbul's health authority on Sunday said the first case was reported in the city's Esenyurt district, and a total of 44 people were admitted to hospitals for food poisoning, with patients reporting consuming spinach or similar vegetables. Health authorities in northwestern Turkey’s Tekirdağ also reported 22 similar cases.
As the reported number of cases increased, officials from the Ministry of Agriculture and Forestry began collecting samples in the affected cities. After an initial analysis, the ministry said weeds from the Solanaceae plant family that has naturally occuring atropine and hyoscine chemicals were found in the spinach samples.
Officials said further analysis was being conducted in line with the investigation after urging citizens to thoroughly wash produce and inspect it for any possible foreign weeds.
Last Update: Dec 20, 2019 1:26 am
RELATED TOPICS