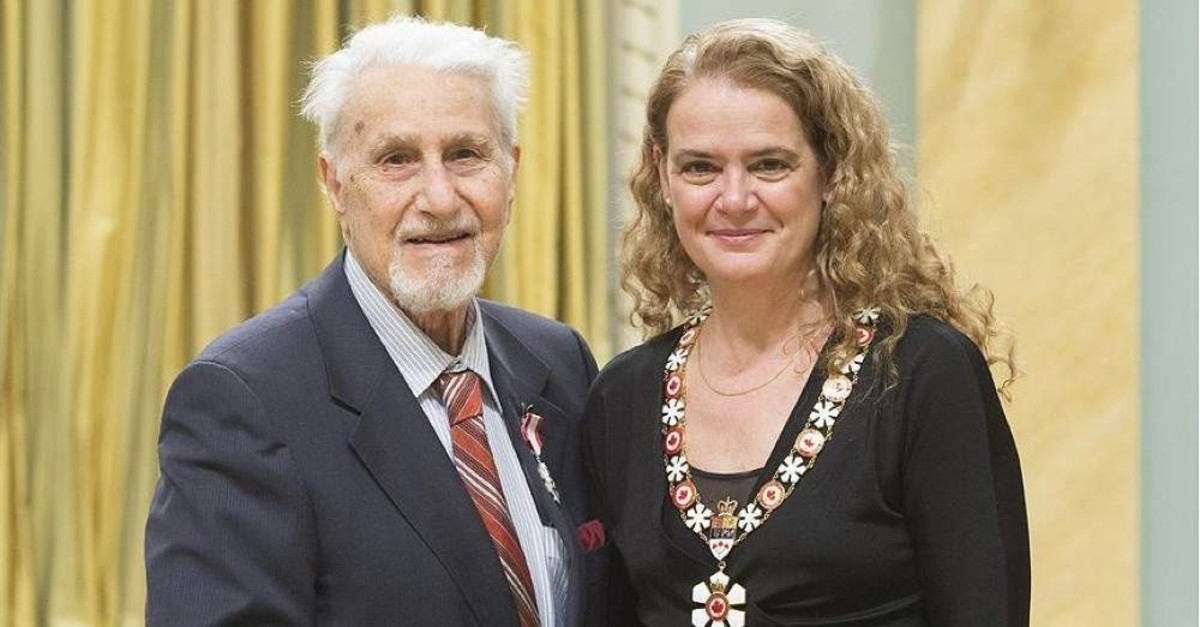 Dr. Fuad Sahin (left) was awarded the Order of Canada in 2018 and received the award from the Governor of Canada, Julie Payette (right), at a ceremony held at the General Governor's Office in Ottawa. (AA Photo)
by Daily Sabah with AA Nov 05, 2019 11:05 pm

Doctor Ahmed Fuad Şahin, a prominent figure in Canadian Muslim and Turkish society, has died at the age of 97.

Şahin, who was dubbed as “the last Ottoman in the North,” died in his house located in the Niagara-on-the-Lake village.

A funeral ceremony was held for Şahin on Tuesday at the Niagara Islamic Society mosque which was founded by Şahin, who had also served as imam for many years in the mosque.

The ceremony was attended by Sinem Mingan, Turkey’s consul general in Toronto, along with many people from the Turkish and Muslim communities.

He was buried at the Niagara Falls Islamic cemetery.

Şahin is the son of Mehmet Salih who was the Ottoman Empire’s commissioned officer in Algeria. He has contributed to the construction of many mosques in Canada along with the foundation of numerous related associations.

Şahin also established the International Development Relief Foundation, which offers millions of dollars in aid to Muslims around the world.

Şahin is the only person of Turkish descent to be awarded the Order of Canada, due to his outstanding service to the Canadian community.