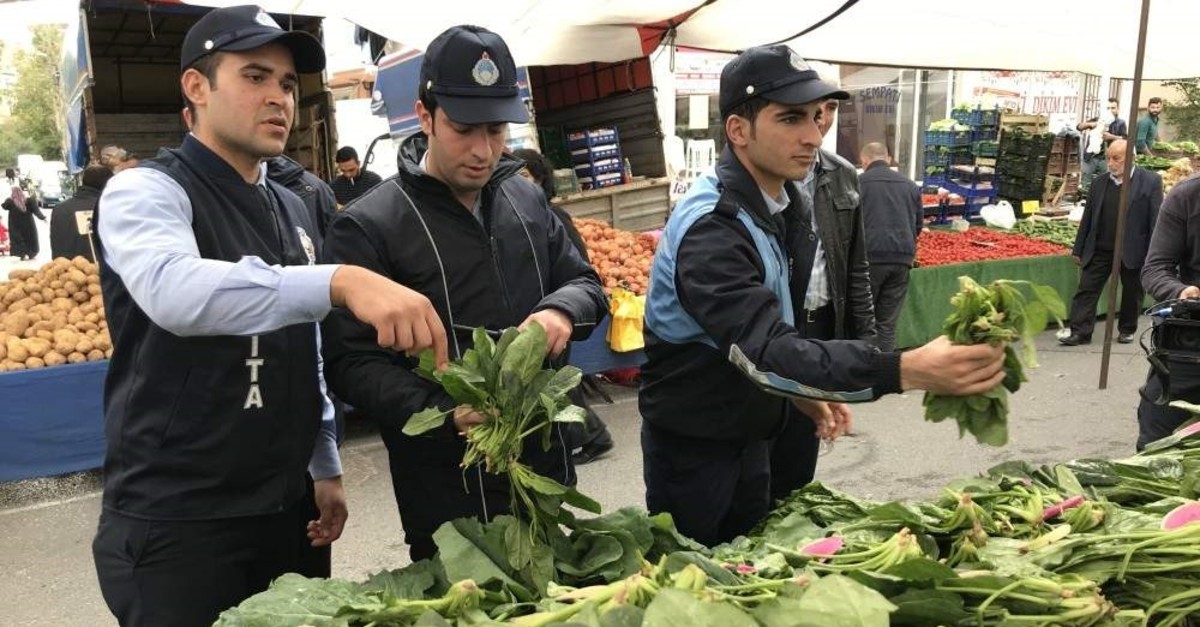 The number of patients poisoned from spinach mixed with toxic herbs has risen to 196, Health Minister Fahrettin Koca said Tuesday, adding that there was no need for panic as none of the cases were life threatening.
Koca said all patients were located in Turkey’s northwestern provinces, namely Istanbul, Edirne, Tekirdağ and Kocaeli. The minister said only 21 patients remained hospitalized and that all instances were considered food poisoning cases.
“What we actually see is the patients come in with (complaints of) food poisoning but what they all have in common is that they have all consumed spinach. The patients were admitted with symptoms of dry mouth, flushed skin, nausea, vomiting and blurred vision – common side effects of atropine overdose. The problem seems to be weeds growing around the same area mixing with the produce,” Koca said. The minister urged citizens to carefully inspect any produce they buy and thoroughly wash them.
Murak Kapıkıran, an official from the Istanbul Chamber of Agriculture Engineers, said a wild plant very similar in appearance to spinach might be the likely culprit. While officials from the Ministry of Agriculture and Forestry on Monday said weeds from the Solanaceae plant family were suspected to be the cause for the poisoning, Kapıkıran said it was a wild plant called atropa belladonna, also known as deadly nightshade. Both plants contain the naturally occurring chemical atropine.
Kapıkıran said both spinach and deadly nightshade grew around the same times and were visually similar, which could have easily fooled farmers, causing them to be mixed up.
“The other option is adulteration. Since they look very similar, nightshade might have been intentionally mixed to increase the harvest. And the amount needed to be consumed to show poisoning symptoms is somewhat substantial. We hope this is not the case,” he said. Kapıkıran urged more inspections for produce, adding that a potential mix-up could happen in the future again with other leafy greens.
A food technology expert urged citizens to wash their spinach with baking soda instead of vinegar, which is a common habit in Turkish kitchens. “Vinegar can make some pesticides and herbicides more potent. Therefore it is important to use baking soda instead of vinegar. The consumer should first let spinach sit in water with baking soda and then rinse it,” Sibel Bölek said.
Explaining that spinach could be a deadly plant if not cooked and stored properly, Bölek said it should be consumed as soon as cooked. “The nitrate in these types of plants turn into nitrite when they are reheated. Even 5 milligrams of nitrite is enough to cause severe food poisoning in babies. They should be consumed as soon as cooked. The leftovers should either be consumed cold or discarded,” she warned. Bölek also warned consumers to inspect bunches of spinach.
Meanwhile, as the “toxic” spinach scare reached new heights with increasing poisoning cases and wider media coverage, sales of spinach plummeted, causing distress among farmers and produce sellers.
Speaking to reporters, the head of Turkey’s federation of produce sellers said spinach farmers across the country were being unfairly victimized. “It is not right that every farmer pays the price of a mistake made by a single farmer. People have spent months growing spinach, there are livelihoods at stake,” Yüksel Tavşan said.
Tavşan said the cases were being exaggerated and consumers were being scared. “People are not eating pastry anymore just because there is spinach in it. The price of a bunch of spinach has plummeted by more than 60%,” he said, also calling for more inspections. Several vendors at markets ate raw spinach in protest of the media’s coverage of the incident.
“While it’s a hot topic, the government should introduce more inspections. Similar cases can happen again in the future,” he said.
Last Update: Dec 20, 2019 1:28 am
RELATED TOPICS