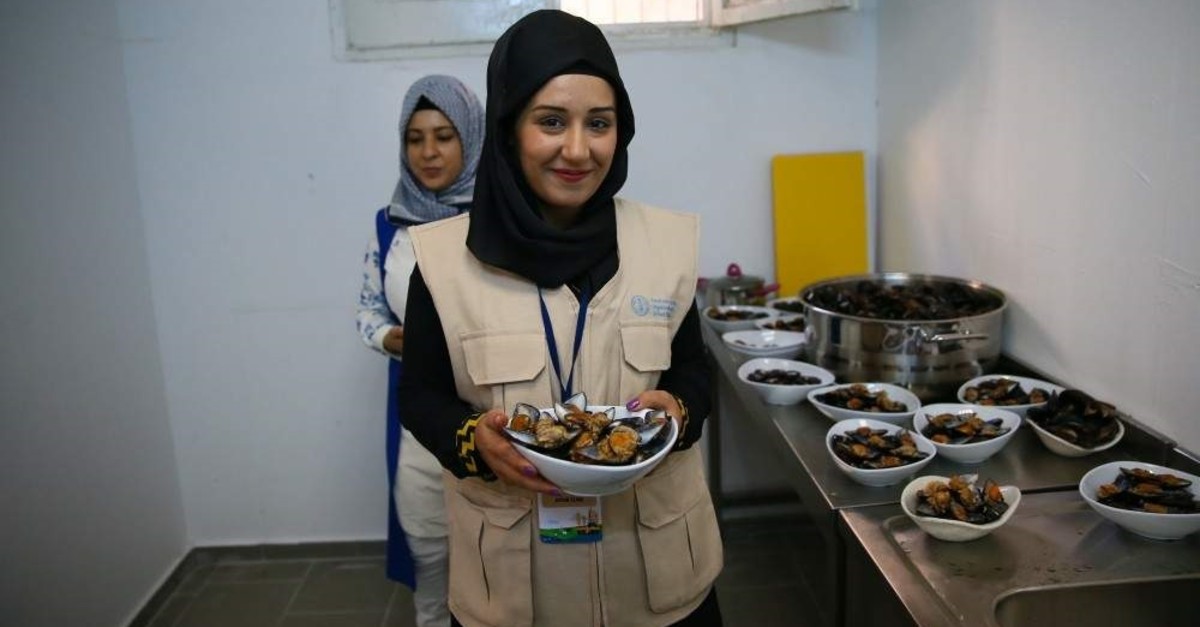 İzmir’s delicious stuffed mussels, a popular Turkish street food, have become a vital source of income for Turkish, and Syrian refugee women.
Some 20 women from different backgrounds, who were in search of self-employment, came together to set up a stuffed mussels production facility in the western Turkish city.
They are supported by the U.N. Food and Agriculture Organization (FAO), Ministry of Agriculture and Forestry and the Japanese government, as part of an employment project for Syrian refugees and host communities.

The Turna Women’s Cooperative, founded by 10 Syrian and 10 Turkish women, was opened Thursday with a ceremony attended by local officials. “This is a good example of minor ideas turning into something big if you labor,” Musa Bakan, Agriculture and Forestry Ministry’s İzmir representative, said at the ceremony.

Cooperative member Aysun Elinç told Demirören News Agency (DHA) that they loved their Syrian colleagues very much and despite the obvious language barrier, they understand each other very well.

Elle Khalid, a refugee woman who arrived in Turkey four years ago, said she had difficulty in finding employment in Turkey. “I was studying psychology in Syria but had to drop out because of the war. I couldn’t find jobs here, before learning about this project. I am very happy to be here and want to earn money so that I can resume my education,” she said.