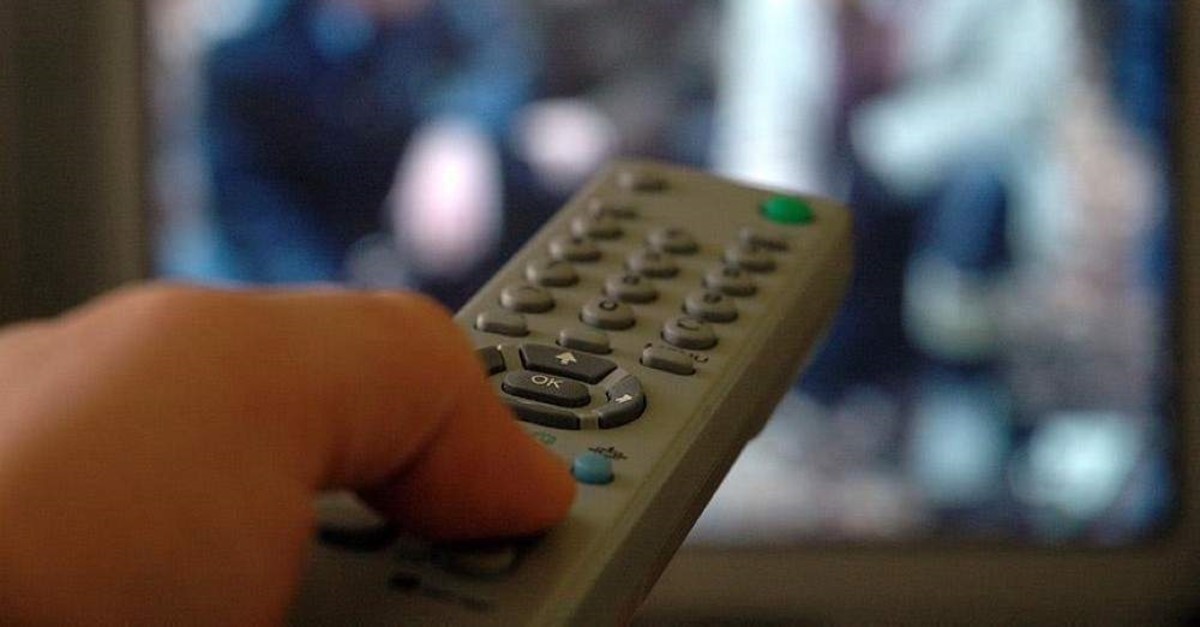 | AA Photo
by Daily Sabah Nov 10, 2019 5:30 pm
An increased amount of time spent in front of the TV and the content watched can trigger a greater risk of obesity, according to Turkey’s television watchdog Radio and Television Supreme Council (RTÜK).
In a recent briefing to a parliamentary commission on obesity, the watchdog said more than 40% of Turkish citizens preferred to snack or drink beverages while watching TV, which led to increased obesity rates across the nation.
RTÜK’s Deputy President Murat Ellialtı said the sedentary lifestyle caused by increased television watching combined with unhealthy eating habits were contributing to the obesity epidemic. Ellialtı said that despite decreasing hours, Turkey still scored above the global average on TV watching.
According to a 2018 study by the watchdog, Turks spent three hours and 34 minutes watching TV per day, falling from four hours and 29 minutes in 2009, while the global average stood at two-and-a-half hours.
Ellialtı said people aged around 45 with low education spent the most time in front of the TV and were the highest risk group. He also blamed junk food commercials targeting children for increasing obesity rates.
Last year, the Trade Ministry banned advertisements for junk food such as chips, chocolates and candy from airing during television and radio shows for children. In other programs that do not specifically target children, advertisements of these products are implemented with proper written or verbal warnings containing expressions that encourage regular and balanced nutrition.
However, parliamentary commission members criticized the precautions, saying that the visual warnings were not doing enough against flashy, attention-drawing commercials. Ellialtı said the government was working on new regulations to move these commercials to hours when children don’t watch TV.
The same 2018 study also found Turkish users spent an average of three hours and 18 minutes browsing the web per day, another major contributor to rising sedentary lifestyles.
Last Update: Dec 20, 2019 1:34 am
RELATED TOPICS