Famous Syrian singer reaches out to fellow Syrians in Turkey 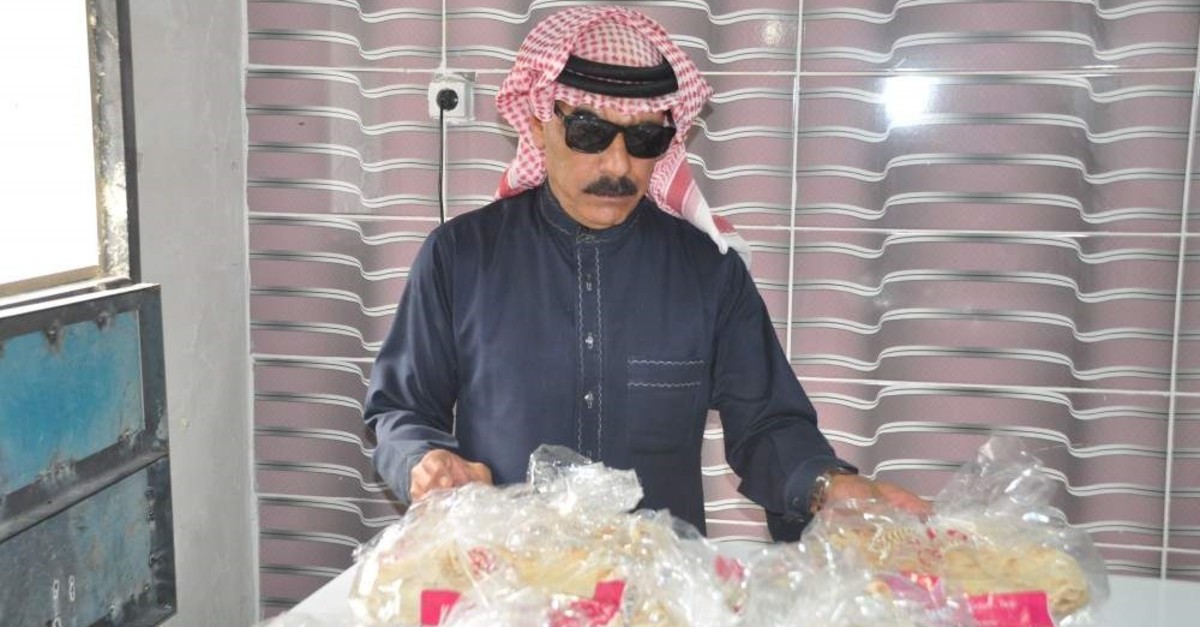 Omar Souleyman, a Syrian wedding singer who has gained an international following, helps out fellow Syrians in Turkey as well as impoverished local families with his bakery, where he delivers free loaves of bread

Omar Souleyman, a famed Syrian wedding singer whose lively songs captivated millions in his country, built a new life in Turkey he arrived some 10 years ago. The world knows him for his viral music videos and collaboration with Icelandic singing sensation Björk. Yet for refugee and Turkish families in Şanlıurfa in southeastern Turkey, he is a charitable man in the neighborhood with his bakery. In Akçakale, a border town in the province, a bakery run by Souleyman delivers free loaves of bread every day to 200 Syrian and Turkish families.
About half of 2,000 loaves of bread baked in Souleyman’s place are delivered to families who fled the violence by the terrorist groups Daesh and YPG in northern Syria, into Akçakale. Wearing his trademark sunglasses and outfit, Souleyman personally delivers bread every day to families visiting his bakery. Speaking to İhlas News Agency (IHA), the singer said he wanted to give jobs to people and bread to other refugees in need. “We picked 200 Turkish and Syrian families and deliver them bread every day,” the singer says.
Souleyman says he arrived in Turkey after the war broke out and was happy to live in the country. He occasionally leave for European tours but do not neglect the charity delivery when he returns. “We see Syrian people living here are pleased. The state gives them everything, giving them access to health and education and cash,” he says.
Syria has been locked in a vicious civil war since early 2011 when the Assad regime cracked down on pro-democracy protests with unexpected ferocity.
Hundreds of thousands of people have since been killed and more than 10 million others displaced, according to U.N. officials.
The Turkish government has followed an "open-door" policy for Syrians since the eruption of the bloody war.
There are over 3.6 million Syrians currently taking shelter in Turkey, many looking forward to one day returning home.
Akçakale has a huge Syrian community looking for safety but also looking forward to returning to their homes. Most are from Tal Abyad which has been under the control of the terrorist group PKK and its affiliate, the People's Protection Units (YPG) for a long time. Tal Abyad was cleared of terrorists as part of Operation Peace Spring on Oct. 13. Since then, locals have gradually returned with humanitarian aid being provided with the help of the Turkish Armed Forces (TSK) and the Turkish Red Crescent (Kızılay). Turkey previously conducted two offensives in Syria against Daesh and the YPG in 2016 and then in 2018. Operations Euphrates Shield and Olive Branch liberated the region from the YPG, PKK and Daesh terrorists, allowing hundreds of thousands of displaced civilians to return to their homes.
Last Update: Dec 20, 2019 1:40 am