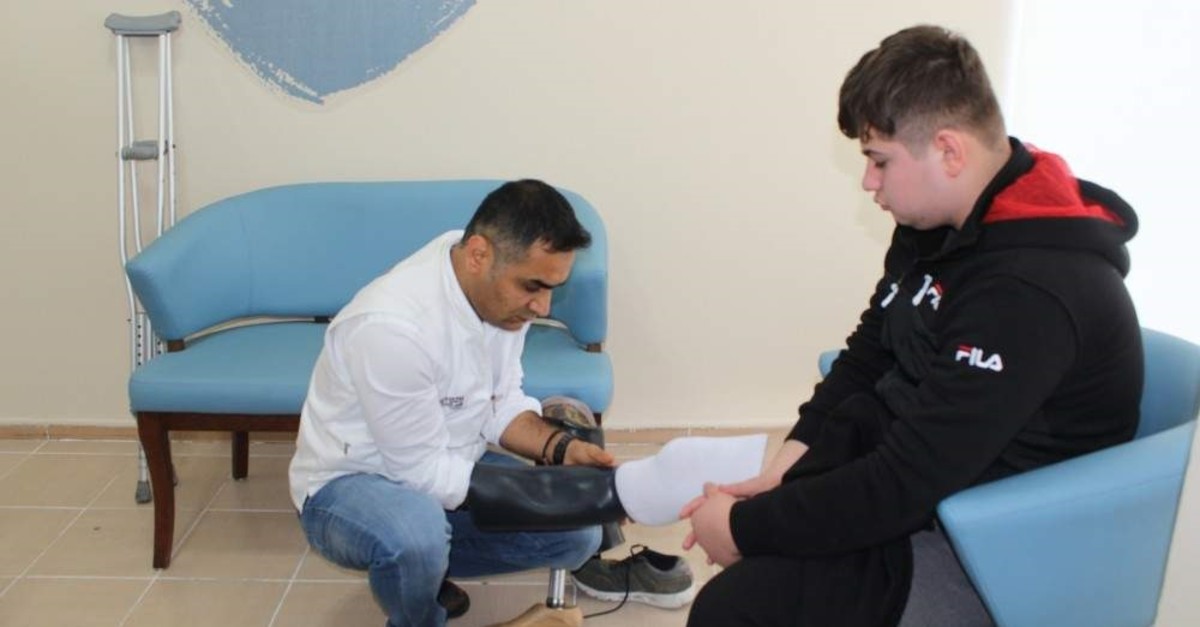 After losing his right leg in an Assad regime bomb attack, a Syrian teen can now walk again with the help of a prosthetic leg provided by a Turkish NGO.

After coming to southeastern Şanlıurfa province with his mother and two brothers, 16-year-old Muhammed Dabbe achieved his dream of walking again when Worldwide Doctors (Yeryüzü Doktorları), an Istanbul-based group, provided him with an artificial leg.

Dabbe lost his right leg four years ago in an attack on a bus he was on with his mother on the highway linking Raqqa and Damascus in Syria.

"We noticed three fighter jets near Tadmur. A rocket targeted us. There were 52 people on the bus,” Dabbe told Anadolu Agency. Tadmur is located in the western province of Homs. “I saw the mangled bodies and some of them were badly burned,” he recalled.

"I noticed that my leg was severed,” Dabbe said, adding that he couldn’t find the part that was lost. His eye was injured in that attack as well but thanks to the help of a motorcyclist they were able to bring him to a field hospital. As the possibilities for treatment were insufficient in Syria he was first brought to the Syrian border town Azez and then to Turkey, where Dabbe and his family settled.

Stating he was sad that he wasn’t able to help his mother and siblings due to his disability he said: "I realized my dreams thanks to Worldwide Doctors.” He added that he was happy to be able to walk without crutches again.

The Turkish government has followed an "open-door" policy for Syrians since the eruption of the bloody war.

There are over 3.6 million Syrians currently taking shelter in Turkey, many looking forward to one day returning home.