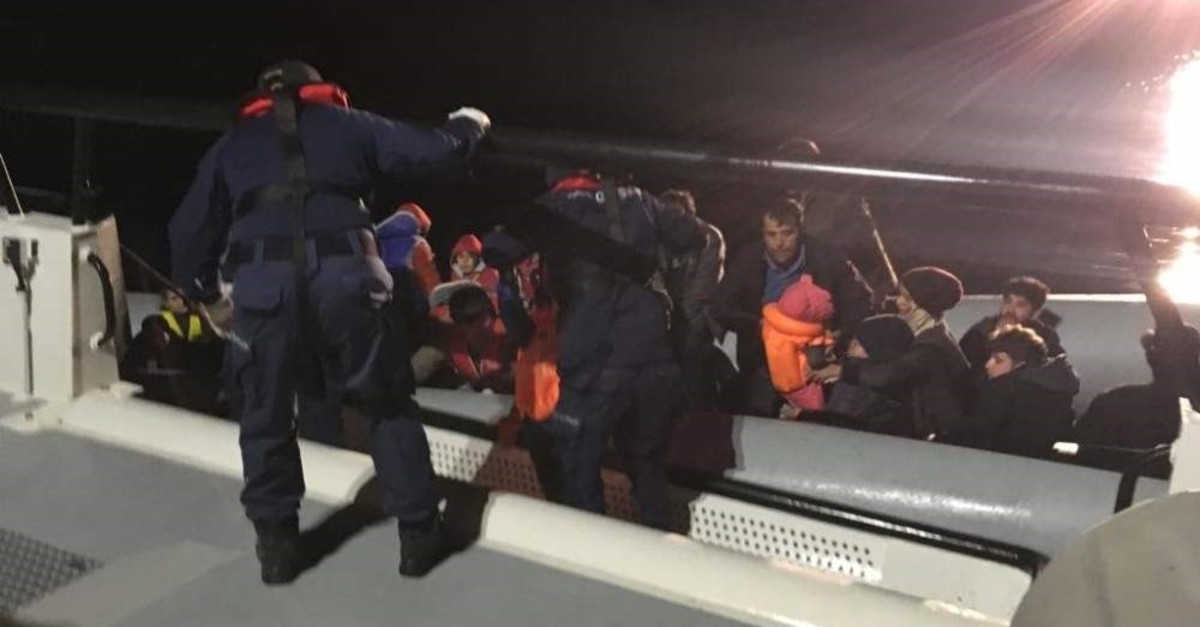 The local coast guard caught the migrants in two dinghies off the coast of the Ayvacık district. The migrants were heading to the nearby Greek island Lesbos.

On one of the boats carried 41 Afghan nationals consisting of 22 children, six women and 13 men. On the other dinghy, the coast guard caught 14 Syrians, 10 Palestinians and five Yemeni.

The irregular migrants were handed over to the local deportation center.

Over the past year, thousands of people have made the short but dangerous attempt to cross the Aegean in a bid to reach Greece before continuing on to northern and western Europe.

Turkey's five Aegean provinces including Çanakkale, Balıkesir, Izmir, Muğla and Aydın are the regions most frequently used by refugees leaving Turkey for the EU.

The EU-Turkey agreement reached on March 20, 2016, allows for the return of "irregular migrants" to Turkey from Greece in exchange for Syrian refugees' relocation from Turkey to within the EU bloc.