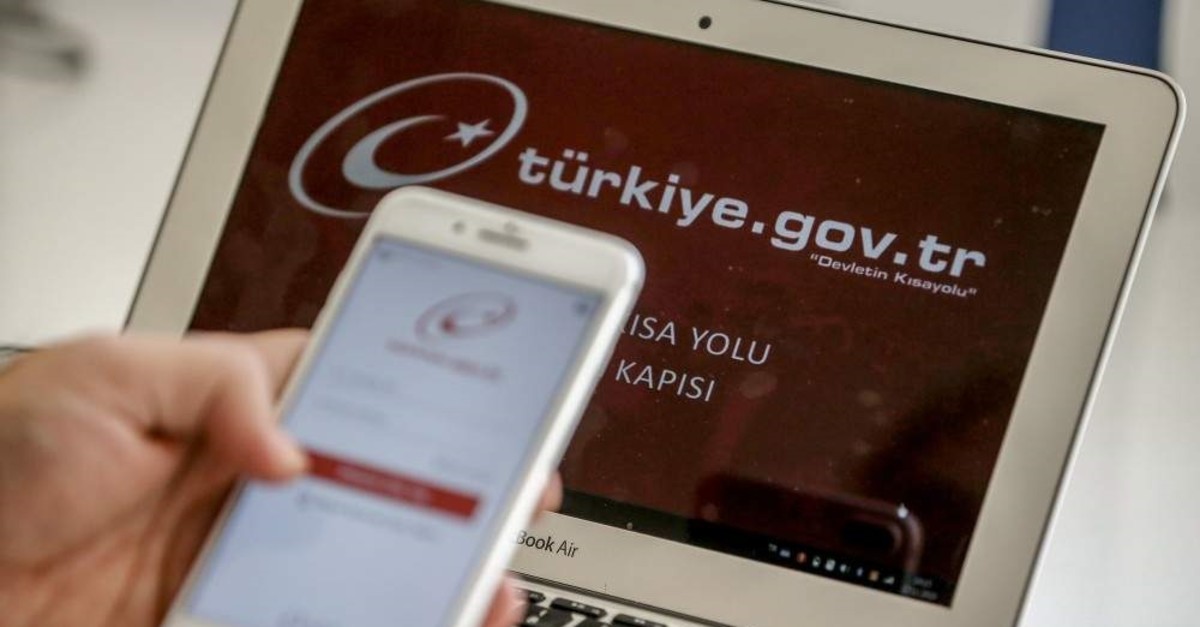 Almost 44 million people, more than half of Turkey's population, use the online government portal e-Devlet (e-State), according to the Digital Transformation Office head Ali Taha Koç.

Speaking to Anadolu Agency (AA), Koç said the portal has seen user numbers grow over the years. It was visited by more than 44.5 million users so far in 2019, compared to just 6,990 in 2008, when it was launched.
Koç added the system was used more than 1 billion times so far this year.

He lauded the system as environmentally friendly due to its paperless nature. Koç said the portal also led to a significant increase in efficiency due to the instant delivery of documents.
According to official data, the average number of documents per service in government offices dropped from 3.81 to 0.35 after a widespread adaptation of the system. Koç said the system also helped government cut costs due to reduced need for the human workforce in the public sector.

According to the 2018 U.N. E-Government Survey, which measures the use of information and communications technologies to deliver public services, Turkey climbed 15 spots from the 68th place in the E-Government Development Index (EGDI) in 2016.
According to the survey, Denmark, Australia, and South Korea are the top countries that offered the best e-government systems.
Turkey ranked 71st in 2014 and 80th in the 2012 editions of the survey.

After years of development, Vice President Fuat Oktay in June announced e-Devlet as complete and called it version 1.0, also renaming the system to “Digital Turkey.” Oktay said work on the system would not stop and it would be constantly updated with new services and features.