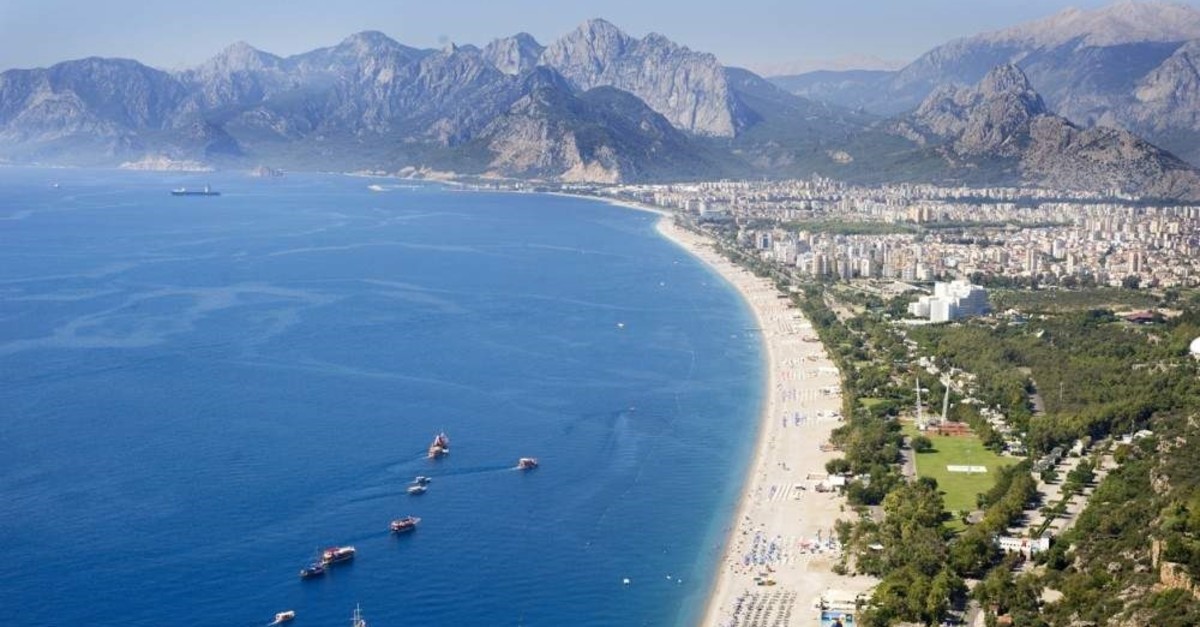 According to a study by Nihat Dipova, professor of geotechnics at Akdeniz University (AU), Konyaaltı Beach lost nearly 10,000 square meters of sand in the past 10 months due to rapid coastal erosion.

The 7.5-kilometer-long public beach, which holds the Blue Flag certification, is located near Antalya city center and is the main attraction for sunbathers and swimmers.

Dipova used topographic measurements and satellite images from Oct. 5, 2018, to Aug. 19, 2019, to determine that nearly 1 hectare of the beach area was lost to erosion. The coastline retreated about 19 meters in those 10 months, compared to a total retreat of 50 meters between 1934 and 2016.

The report said that the rate of erosion was linked to sand and rock quarries in the region, as well as the implementation of the Boğaçay recreation area project along the coast.

As the pond area of the Boğaçay project was being constructed, the pond began to fill with coarse-grained sediments, likely washed downstream from the quarries to the north, and excessive aquatic plants began to grow. The changes in the Boğaçay area coincided with the rapid increase in erosion along the Konyaaltı shore, prompting researchers to investigate a possible connection.

“Coastal erosion on this beach, which is the symbolic value of Antalya, will have dramatic consequences in a few years unless precautions are taken,” the report warned. It added that reduced use of the beach for touristic purposes and harm to the urban infrastructure behind the beach would result in “losses to Antalya’s economy that would be hard to recover from.”