Cyanide sales to be restricted in Turkey after series of poisoning, suicide cases 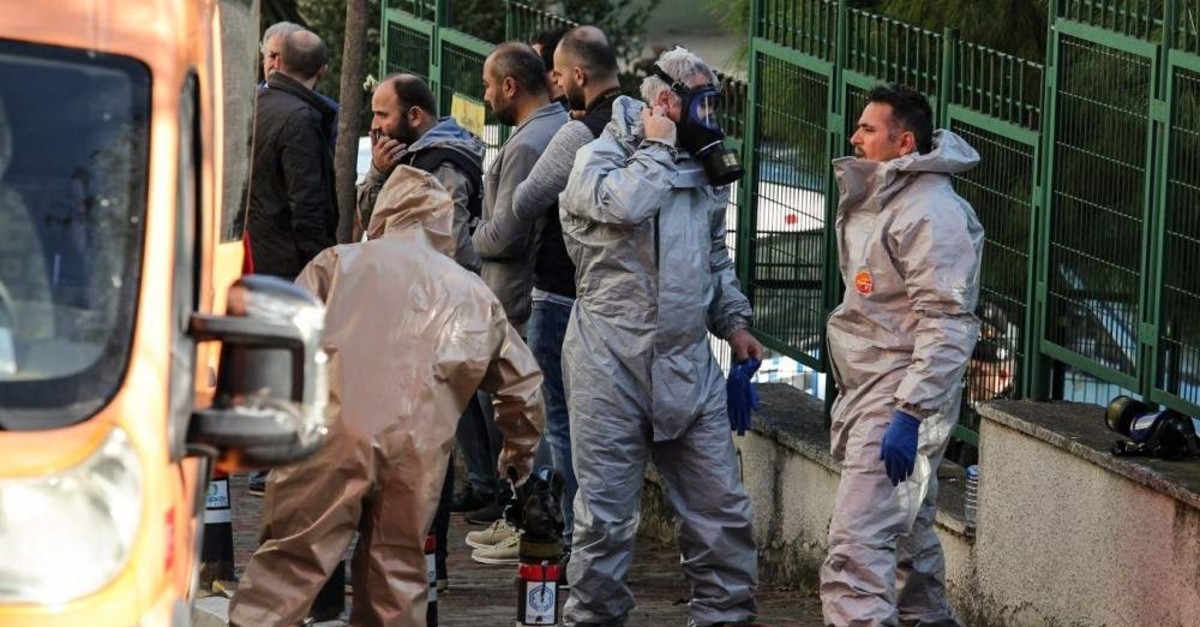 by Daily Sabah Nov 20, 2019 8:38 pm
Sales of different forms of cyanide, a fast-acting lethal chemical that can kill an average human in two to five minutes when ingested, will be restricted across Turkey after a series of questionable murder-suicide cases involving the dangerous compound, the Turkish minister of environment and urbanization announced Wednesday.
The ministry took the decision one week after a family of three was found dead in their house in central Istanbul, with rescue units detecting cyanide on the scene. Police said the father, who was a jewelry dealer, had poisoned them all after suffering from depression due to “an excessive amount of debt”.
Murat Kurum said they would soon change the existing legislation to prohibit the sale of cyanide compounds to the public and monitor domestic sales to prevent its uncontrolled use and prevent such sad events from happening again.
The incident was the third recent cyanide-related deaths case recorded in Turkey. Earlier this month, four adult siblings were found dead in their apartment due to cyanide poisoning in Istanbul.
The second incident took place three days later on Oct. 9 when a family of four – a man, his wife and two children – was found dead after the father had poisoned them all with cyanide he bought off the internet in Antalya, southern Turkey.
Turkey's media watchdog RTÜK has also warned broadcasters against encouraging suicides, criticizing reports of "normalizing" and "dramatizing" such cases. The watchdog has vowed measures against such content.
Cyanide will now be added to the list of “Restrictions on the Manufacture, Supply and Use of Certain Hazardous Substances, Compounds and Materials,” which means that its sales to the public will be banned once the regulation is approved.
The minister also said companies will be required to submit end-user declarations to track every step of cyanide sales from import to distribution.
Although cyanide is a naturally occurring chemical found in plants such as bitter wild almonds and apricot kernels, and its daily use is limited, it is widely used in manufacturing – from pest control and photography to making textiles, plastics and cleaning jewelry, the compound is of great importance for a number of industries.
Besides its white-powdery salt form (potassium or sodium cyanide), the potent poison can also be in gas form or corrosive acid.
As a gas, hydrogen cyanide was used in Nazi extermination camps. The KGB also used the chemical in many assassination attempts against Ukrainian opposition figures.
Last Update: Dec 20, 2019 1:49 am
RELATED TOPICS